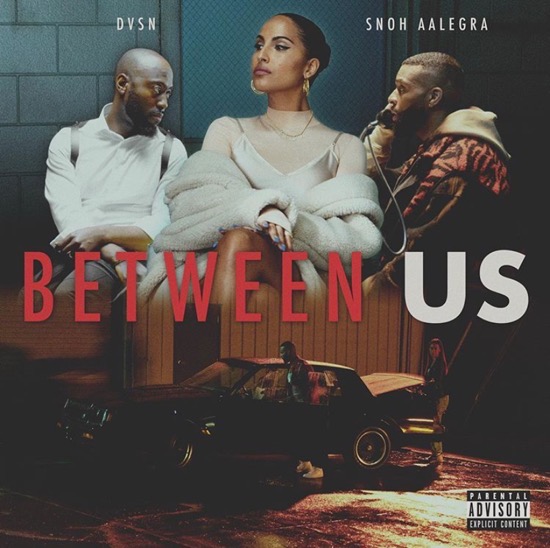 With the majority of the world pretty much shut down, there are a lot of us that are confined to indoors. While we're all looking for ways to stay occupied, dvsn and Snoh Aalegra seem to have at least one thing in mind to keep the boredom at bay and it involves some hot and heavy quality time like in their new single, "Between Us."

dvsn's singer-songwriter Daniel Daley and Aalegra set the stage for the walls to crumble in their relationship as they decide to really give it a go. "Crazy vulnerable shit in common / Just keeps us apart when we should be starting / To keep our promises, we could be promisin' / You say I'm closed off / Let's open up and take our clothes off," Daley croons tenderly in the first verse. Nineteen85, the musical mastermind behind dvsn's sound, further reiterates the song's sensual undertones thanks to his clever flip of Usher's equally sexy "Nice & Slow."

"Between Us" is the latest single to hail from the Toronto-based duo and follows "No Cryin in the Club" and "A Muse." The new music will be featured on dvsn's upcoming third studio album, A Muse In Her Feelings, which is set for an April 17th release via OVO Sound/Warner Records.


TAGS:  Daniel Daley, dvsn, Nineteen85, Snoh Aalegra, usher
Previous: Follow Lola Young To Her Bedroom For A ‘Pick Me Up’ Next: Tamar Braxton Stays ‘True To The Game’ & Whitney Houston On ‘Crazy Kind Of Love’