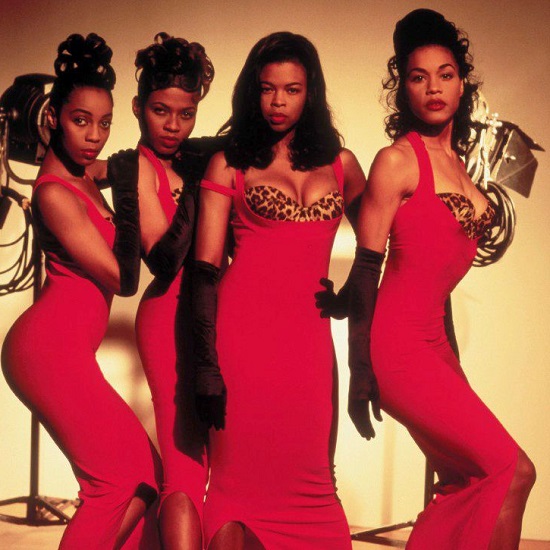 En Vogue has been the gold standard of girl groups since they sashayed onto the scene with their hit single "Hold On" back in 1990. Now the ladies are celebrating the 30th anniversary of their arrival with the release of a special expanded edition of their timeless debut Born To Sing. On top of the original 12 songs that were on the initial release (those of you who bought it on cassette or vinyl missed out on "Waitin' On You"), there will be nine additional tracks that include extended versions of singles, remixes and b-sides. To get you ready for what's to come, the ladies are tempting our ears with b-side "Mover," which was previously released in Japan only.

"Mover" is everything great about the classic En Vogue sound crystallized into three minutes and 45 seconds. The ladies shirk instrumentation here, instead opting to keep things going with just their vocals and the snaps of their fingers. They mesmerize quite easily this way, with each of their vocals clear as a bell and distinct among the group while still melding together in three-part harmony. Meanwhile, they tell the story of a man who might be no good but is making all the right moves on them. "Because he’s a mover, all his moves right / That’s what all the ladies say," they sing on the chorus. "Because he’s a mover, you better treat me right / Mover is the guy for me."

Born To Sing: 30th Anniversary Expanded Edition has quite a few goodies in store in addition to "Mover." You'll be able to re-discover hard-to-find remixes (including the "Extended Avant Garde Mix" of "Lies" — otherwise known as the video version of the track) and relive the magic of the girl group's early days. You'll be able to pick up the set digitally starting on April 3rd — the actual 30th anniversary of the album's release. Get into "Mover" right here and then take a peek at the full tracklist below.


TAGS:  audio, en vogue
Previous: Marie Dahlstrøm Wants To Be ‘Home With You’ Next: KOKOROKO Channels Our Roots On ‘Carry Me Home’