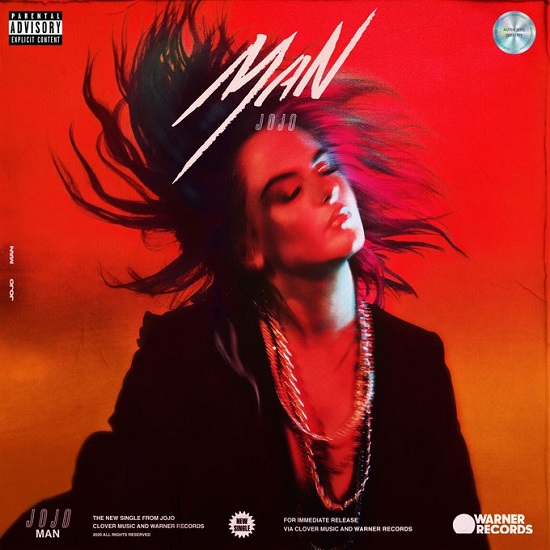 It's a new dawn, a new day and a new life for our beloved JoJo. The singer can now add GRAMMY Award winner to her name whenever she's mentioned thanks to her PJ Morton-duet "Say So." She's also gearing up to release her second full-length project since freeing herself from previous label struggles. The upcoming album, Good To Know, will feature her recent singles "Joanna" and "Sabotage" as well as the just-released jam "Man."

The song is a love ballad with a bit of edge. Rather than dedicate it to someone's she's pining over, though, she instead expresses her need to fall in love with a man. But not just any guy will do. "Damn, I'm gonna need a f**kin' man / Someone who'll want me like a fan / I need somebody who can love me like I love me / Love me like I can," she sings with a self-assured swagger on the rather direct chorus. Helping her get her message across is simple instrumentation that consists of programmed drums and guitar. The clutter-free production matches the song's mood as JoJo gives it to us straight, no chaser.

Unsurprisingly, the song's music video doesn't have any men in sight. Instead, the main focus is on JoJo, herself. The singer gets sexier than we've probably ever seen her as she lounges around in her undies, performs a few provocative dance moves in a revealing outfit and exudes her own brand of bad-ass energy. She's not completely alone, as she invites her girl gang — which includes Ari Lennox, Tinashe and grown-ish star Francia Raisa — to drink and pose it up while reveling in their womanhood.

JoJo's stepping out hotter in 2020, it seems, and we're glad to be along for the ride. Get into "Man" and its video right here and be sure to pre-order Good To Know, which is scheduled for release on May 1st.