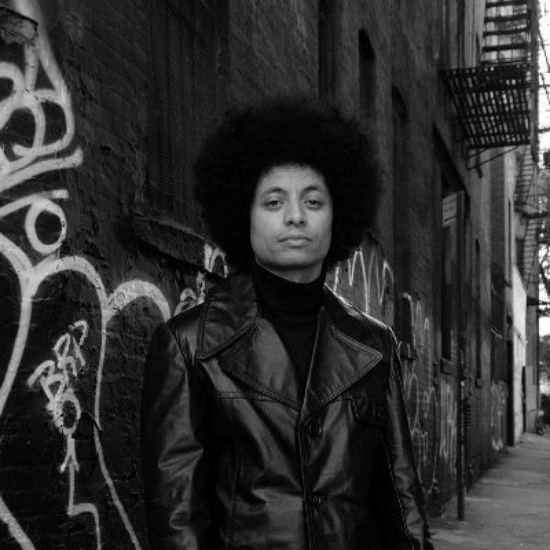 As he prepares for the release of his new album No Beginning No End 2 tomorrow, singer José James drops one more single from the project. “Nobody Knows My Name” pays tribute to the Black artists of the past who held tight to their identity and used their art for social change. The vibrant track was co-written by Kris Bowers and features British songstress Laura Mvula, whose tone captures all the angst and emotions of the legends before her. James jumpstarts the track accompanied by nothing more than handclaps, while Mvula’s entrance is backed by a classic jazz bassline and piano chords. Despite its dark subject matter, it all feels like a throwback to jazz’s original identity, as Dr. Martin Luther King Jr. put it, “triumphant music.”

James explains, "As a Black artist, you're only seen as an amazing exotic performer (an "other") or you're completely invisible - OR - you're a threat. Rarely are we just seen as people. And even then, Laura Mvula, José James - these are not the true names spoken in the true tongues of our ancestors. So we don't know our true names." Of his gracious counterpart, he says he was “was immediately impressed by her musical and emotional depth and by her flawless interpretations.” The track was inspired by countless conversations about fame, being black, music and identity while they worked together in Australia. He says, “The song is a musical reference to some of the great Black social activists in jazz - Abbey Lincoln, Betty Carter, Max Roach and Charles Mingus. Jazz is the music of America and the sound of freedom. I hope that you all find some inspiration in this collaboration.”

Press play to indulge in “Nobody Knows My Name” by José James featuring Laura Mvula and Kris Bowers below, and pre-order the full No Beginning No End 2 album before its Friday release. His previous singles "I Need Your Love" with Ledisi and Christian Scott aTunde Adjuah, "Turn Me Up" with Aloe Blacc, "You Know What It Do" and a cover of Billy Joel's "Just the Way You Are," gave us just a taste of his genre-blending flavor and we look forward to hearing more.

In addition to his new album, José James also has a new tour on the horizon. Aptly called The Independence Tour, James hits the road starting later this month with solo and festival dates scheduled through October. Find your city below and visit the Rainbow Blonde Records website to grab tickets.