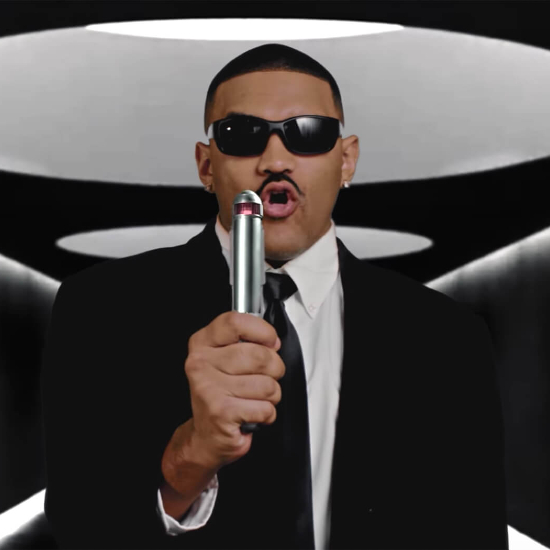 The impact of Will Smith on entertainment and culture can’t be denied. The original rapper-turnt-actor, he went from rocking the mic to releasing blockbusters to becoming a family man and now a social media sensation. But, while his legacy is undeniable, few rappers have come forth to acknowledge how much of an inspiration the “Parents Just Don’t Understand” rapper was. That is, until now. "Will," the latest single from Joyner Lucas, pays homage to the legendary figure for his impact on the game.

“Yeah, I grew up on a legend and I gotta show it / I learned a lot from him and I owe it / Homie's my idol and don't even know it,” Lucas proclaims over a percolating trap beat. Throughout the track, Lucas makes clever references to Smith’s iconic career. While the song itself is inspirational, the video, directed by Ben Proulx and Lucas, takes things to another level.

Taking a little inspiration from Jay-Z’s commercial for Rhapsody, Joyner recreates many of Will Smith’s most iconic characters from The Fresh Prince of Bel-Air, Men In Black, The Pursuit of Happyness, Aladdin and many more. The clip ends with a deep fake appearance by the titular star and some inspirational words from Big Willie himself. The real Will Smith was so “humbled and honored” by Lucas’s tribute that he shared the video and added his own message of thanks.

"Will" is featured on Joyner Lucas' new album, ADHD. Hit play right here on the audio and video to take a walk with Joyner down Will Smith's memory lane.


TAGS:  audio, ben proulx, jay-z, Joyner Lucas, will smith
Previous: Jacob Collier, Kimbra & Tank And The Bangas Deliver The Funk ‘In My Bones’ Next: Little Dragon Continues To Break The Mold On ‘New Me, Same Us’