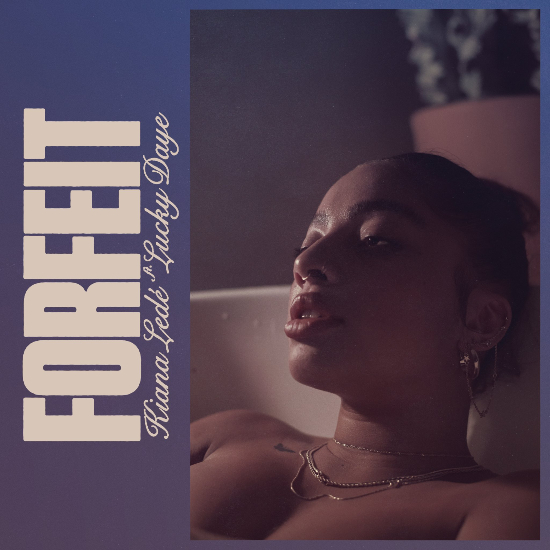 Sometimes you have to know when to call it quits. That goes for both gambling and relationships. The latter is the subject of Kiana Ledé’s duet with Lucky Daye. For the track, Lede borrows a bit of Daye’s sound to craft a standout break up ballad.

"It's about time we wrap this s**t up," Kiana proclaims on the ballad. She's over the lies, games and being called out her name. She's almost goading her former lover, daring him to "say something now, say something now." Lucky comes through on the third verse to add his rebuttal, telling Kiana she’s the one always pushing his buttons and that she’s the one trying it. He wants to add some balance and fairness to the argument, but by the end of his verse, he is giving Kiana a countdown to get out of his face. This war of words is underscored by smooth, bluesy throwback production consisting of acoustic guitar, bass and drums.

"Forfeit" will be featured on Kiana Ledé's upcoming debut album, KIKI, out April 3rd. In addition to Lucky Daye, the album will also feature guest appearances from Ari Lennox, Arin Ray, 6LACK and others. You can pre-order the album by heading here. Hit play below to give the song a listen.