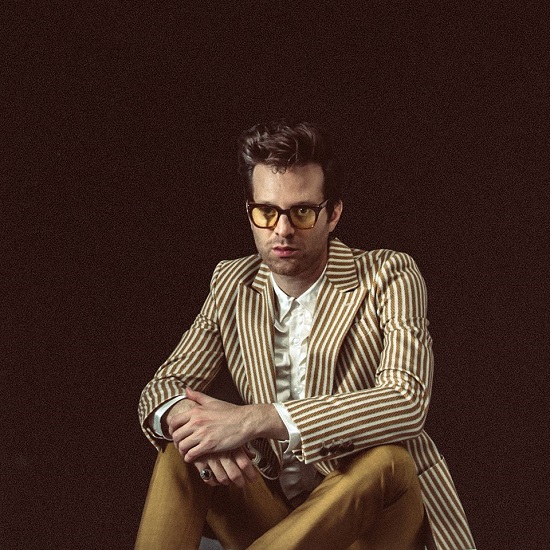 Mayer Hawthorne has been giving it to us over the past year. And by "it," we mean a barrage of solo singles. Since last year, he's given us an EP's worth of new tracks — including "The Game," "Healing," "The Great Divide" and "M.O." The prolific singer/songwriter isn't done with us yet, though. It seems he's actually just getting started, in fact, as he's dropped yet another new song that he's calling "Chasing The Feeling."

Like the previous releases, romance is on Mayer's mind for this one. It's not the lighter side of things, though, as he's discovered that he and his lover are both trying to chase a high they'll never attain again. "It's a long look in the mirror / Your reflection getting clearer / As you breathe out," he sings at the song's start. "But you don't need to reveal it / 'Cause we both know what the deal is / When you sneak out." Despite their knowledge of what's going on, they keep playing the game. He acknowledges so, singing, "And it's holding us together / But it won't get any better than the first time / It'll always be escaping / This feeling we're chasing away." Helping him convey this feeling is piano and electric guitar, which both underscore the sing-songy melody he's crafted that makes it sound like the endless carousel of love, lust and dissatisfaction he describes in the verses.

You won't have to chase Mayer Hawthorne to get your hands on "Chasing The Feeling." Like his previous singles, he's made this one available on all digital platforms. However, you might have to chase him down to get an answer as to what exactly he's building to with all these releases. He's been pretty mum on what he's got going thus far, and we have a feeling he'll stay that way for a while. We recommend saving yourself the time and just listening to Mayer's latest below.


TAGS:  audio, mayer hawthorne
Previous: SoulBounce Exclusive: Sanya N’Kanta Has Got It Bad In ‘Can’t Stop Thinking Bout You’ Next: Angela Muñoz Embodies Love On ‘In My Mind’