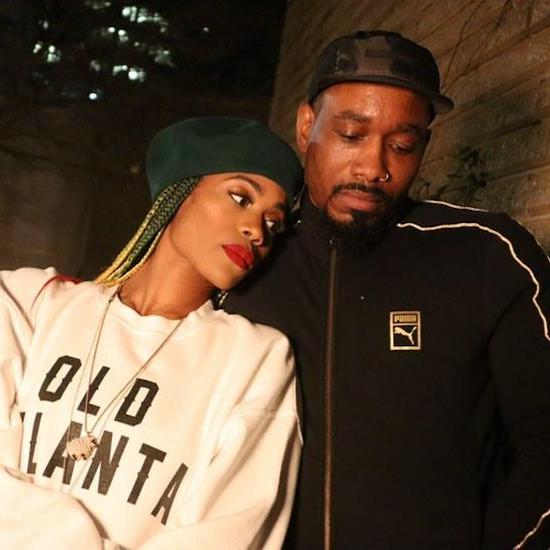 Anthony David and Algebra Blessett are movements by themselves, but they're a force when they're together. They don't just make music, they make magic with their duets. Look no further than their hit song "4evermore," which was initially released in 2009 and included on David's 2011 album As Above, So Below, and on the album cut "Official" found on his 2014 release Love Out Loud. Now Anthony and Algebra are looking to replicate that success a third time, and they should have no problem whatsoever with their latest perfect pairing on a remake of Lady Antebellum's "Need You Now."

Produced by Eddie "Gypsy" Stokes and featuring Brandon Thomas on guitar, David and Blessett take the GRAMMY Award-winning country-pop song and dip it into decadent chocolate, covering it with a passionate coat of soul. Algebra takes the lead on the first verse. "Picture perfect memories scattered all around the floor / Reaching for the phone cause I can't fight it anymore," she sings, making you feel both her loneliness and longing. Anthony joins her to harmonize on the remainder of the verse and chorus before taking over on the second verse. "Another shot of whiskey, can't stop looking at the door / Wishing you'd come sweepin' in the way you did before," he sings, replicating her feelings. Their voices dance with each other as the song builds over a foundation of electric guitar, piano and drums, in a heartfelt version that wrings every bit of emotion out of the song.

With Anthony David and Algebra Blessett's stellar rendition of "Need You Now" comes the good news that there's even more music from the pair on the way with a long-awaited duets collection in the works. "It's been a pretty natural progression," Anthony shared with us exclusively about the project. "We have great creative chemistry, we're good friends and it's something promoters and fans kinda expected to have happened already."

David and Blessett are indeed answering fans' prayers. This past October, they posted a snippet of their cover of "Heaven" originally sung by BeBe & CeCe Winans, that sent their followers into a frenzy on social media. That snippet was a taste of things to come and their full version of the song will also find a home on this upcoming project. The set will be a mix of both covers and originals, but Anthony remains tightlipped about any additional details, such as a release date or title. Whatever the case may be, our music-loving hearts, souls and bodies are ready.

While we wait for more information about Anthony David and Algebra Blessett's duets project to surface, listen to "Need You Now" audio in its entirety in this SoulBounce exclusive world premiere then watch a sneak preview of the forthcoming music video.