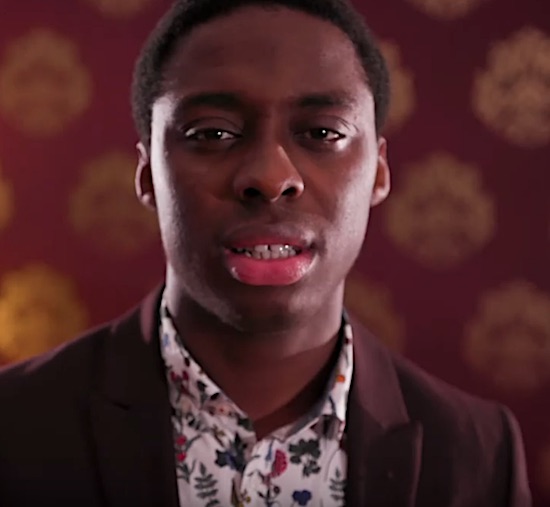 The Yoruba word "eminlo" translates into "I'm leaving" in English, which is precisely why Canadian-based Nigerian singer/songwriter/actor/poet Buwa chose to use it as the title for his song about a difficult relationship that has run its course. The track is the latest single from his debut EP Olu, which was released to critical acclaim this past December. Buwa keeps the momentum going with the music video for "Eminlo," and SoulBounce has partnered up with him for its world premiere.

“This track talks about having the strength to finally leave an abusive and toxic relationship," Buwa tells us about "Eminlo" and dramatizes that vibe in the visual. We watch as the artist and his soon-to-be-ex appear together in a living room. They may be together on-screen, but you can cut the underlying tension between them with a knife. That mood flows with the song's lyrics. "Here we are / Told you we'd get here / I gave you a thousand tries / But you threw them away / Cause we always argue, always fight it's so insane," Buwa croons on the first verse. While he passionately emotes into director Raymond Knight's camera, his girl looks on, sullen and with a clear attitude. According to Buwa, the clip illustrates, “the personal struggle and anguish it can often take to get out of a toxic relationship, even when you know it’s the best thing for you.” The next step for Buwa is to leave, and he has the perfect soundtrack in "Eminlo."

See how Buwa navigates the end of this love affair in the video for "Eminlo" right here. Check out his EP Olu if you haven't yet, and stay abreast of his music moves on Facebook, Instagram and Twitter.