SoulBounce Exclusive: Sanya N’Kanta Has Got It Bad In ‘Can’t Stop Thinking Bout You’ 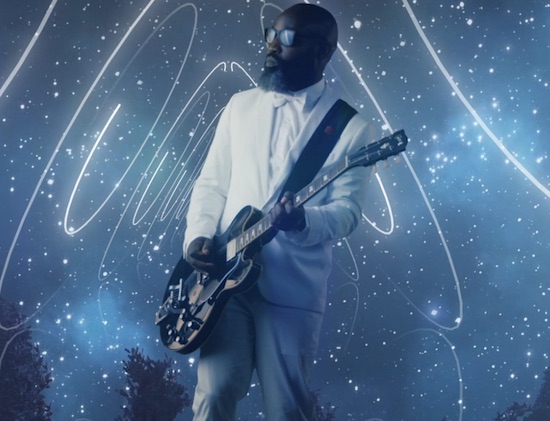 This is a big week for Sanya N'Kanta. The Jamaican born multihyphenate (he's a singer, songwriter, musician and producer) released his genre-blurring new album, The Counterfeit Revival, to start the week and now he ends the month with the reveal of the music video for his single "Can't Stop Thinking Bout You" in a SoulBounce exclusive world premiere.

"Can't Stop Thinking Bout You" is an electro-rock and house hybrid that finds Sanya repeating the chorus "I just can’t stop thinking ‘bout you" almost like a mantra throughout the song. His focus is squarely on the object of his obsession, but it's not in a stalkerish kind of way. He is actually head over heels in love as he sings, "I put you on a pedestal / I want you to know / I’ll never let you down." According to N'Kanta, "'Can't Stop Thinking Bout You' is about that moment when you decide to put that person over anything earthly, even though they might seem worlds apart."

These themes spill over into the video conceptualized and directed by John Isberg. Sanya describes Isberg's vision as "a dramatic vibe that brings the song to life." The visual has both an earthly and otherworldly feel to it. We see a man stargazing through a telescope as we watch a woman draped in white appear in the night sky amongst the stars. While the celestial goddess entices the stargazer from the heavens, N'Kanta performs against striking backdrops in separate scenes. The man and the goddess unite in the sky before he returns to earth to end the clip.

Press play to watch the "Can't Stop Thinking Bout You" visual right here. For more from Sanya N'Kanta, keep up with the artist via his website and on Facebook, Twitter and Instagram, and be sure to give his album The Counterfeit Revival, available now on numerous digital platforms, a thorough listen.