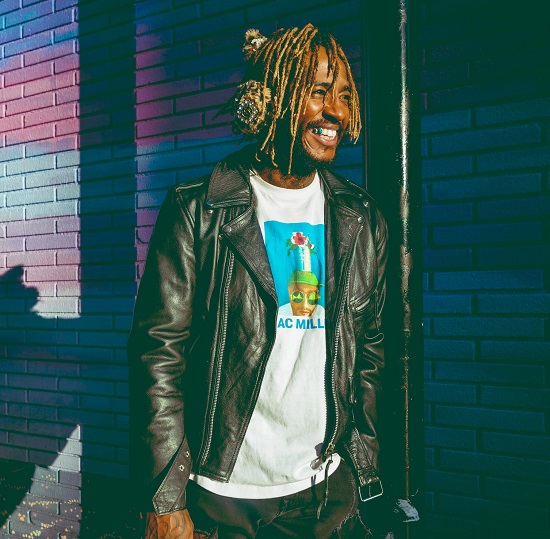 The coronavirus outbreak has put a damper on many of the tours that music lovers had been looking forward to. Sadly, that number includes Thundercat and his Spring 2020 tour. While fans are understandably bummed over the predicament, they can take solace in the fact that the arrival of his album It Is What It Is is getting closer and closer. Thundercat has also been pretty good at building anticipation with a steady stream of singles. He keeps that stream flowing with the release of the set's latest single, "Fair Chance."

Though it's not immediately obvious at first listen, "Fair Chance" is a tribute to Thundercat's fallen friend Mac Miller — who tragically died of a drug overdose in September 2018. The bassist/vocalist sets the proper tone for the track with a somber arrangement of guitar and synth that's propelled by a bubbling drum track. Thundercat, meanwhile, lets his feelings flow on the opening verse. "I'll keep holding you down / Even though you're not around," he sings. "Too hard to get over it / I've tried to get under it / Stuck in-between / It is what it is." He's not the only one paying tribute, though, as he's also joined by a couple of Mac's other homies Ty Dolla $ign and Lil B. They get their feelings out, with each contributing their own thoughts on life and loss, with each obviously still trying to come to grips with the new reality that death brings.

"This song is about Mac… when he passed it shook the ground for the artist community," Thundercat said in a press release. "Ty's a strong dude and when he heard the song he knew exactly what it should be. I was there when he recorded it. We talked about what it was, and he did what he felt was right to it, and I love what he did."

You'll find "Fair Chance" along with other singles "Dragonball Durag" and "Black Qualls" housed on It Is What Is when the set drops on April 3rd. Pre-order the set here after you give "Fair Chance" a listen below.