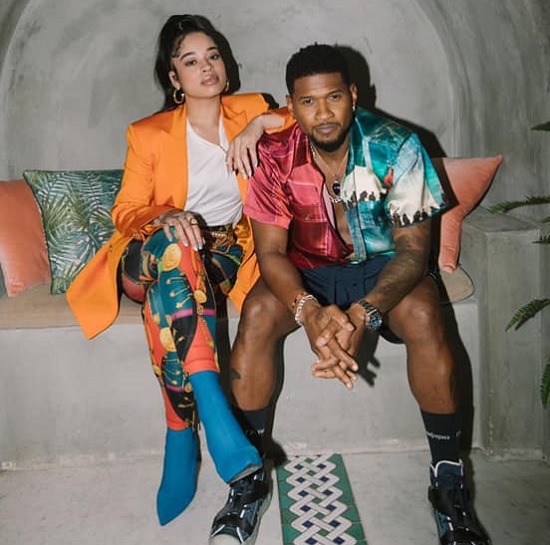 Remember parties? Though the world has been quarantined for what seems like forever, it's only been a few short weeks. If cabin fever is setting in for you (it definitely is for us), then you might want to let ya boy Usher remind you what it's like to have a good time with the video for his comeback single "Don't Waste My Time."

Rather than play up the romantic angle of the song, Ursh and video director LeSean Harris create an epic shindig for the visual. How epic, you ask? Well, the scene is set in a lavish Hollywood mansion with several of his famous friends — including Jermaine Dupri, Snoop Dogg, Evan Ross, Justin Combs, King Combs and actor Jamie Kennedy (in the most random appearance of all) in tow. It also includes the finest in cuisine, high-dollar decorations and slamming music. Oh, and don't worry, featured guest Ella Mai is also in the number as her and Usher trade verses on the romantic track. The clip takes us from the dapper Mr. Raymond getting ready for the swanky event to the party itself, which is full of good people and good vibes. And since this is an Usher video, there's also plenty of dancing involved.

Usher's played coy with what he's got coming up music-wise though it's been widely speculated that he's currently working on his highly anticipated Confessions 2 album. Whatever's he's got going on, we're just glad to be reminded of how fun life can be. Please believe that whenever this quarantine is over, folks worldwide will be recreating this video shot for shot. Let Usher and Ella Mai show you how to party in "Don't Waste My Time" below.