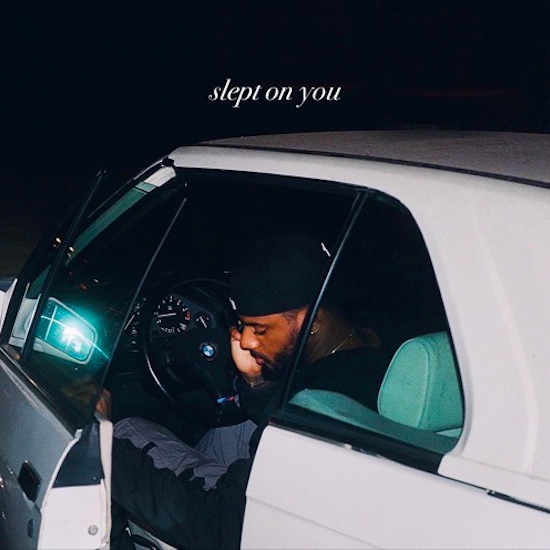 Since dropping his sophomore album True to Self in 2017, singer Bryson Tiller has been keeping fans satisfied with a slew full of one-off tracks and guest spots while putting the finishing touches on his upcoming third studio album. Last weekend, he was in the giving spirit yet again when he gifted loyal fans with yet another musical treat in the form of a new single, "Slept On You."

Though it seems that he had no plans to drop the track until it leaked, Tiller made the best of it by releasing the full recording on his SoundCloud page. "Saw someone post it on YouTube, here's the full version," he tweeted to his 2.5 million followers, along with a link to the full song. Produced by NES, the song stays in line with the trap-soul hybrid that quickly established him as a radio favorite.

On "Slept on You," the singer is all swagger as he spits his game on a young lady who caught his eye. He confidently runs through all the qualities that make him different than everybody else in hopes of locking her down. He offers up much more than his heart as he promises that she'll have to kiss her makeup goodbye when he's "in your bedroom, laid up / Got the headboard goin' (*Knock, knock, knock*)."

While some of his fans wondered if the song would be featured on his upcoming album, Serenity, Tiller quickly put that question to rest by simply posting "this aint (sic) serenity" on his SoundCloud page. So sit back, relax and enjoy this surprise release as he continues putting in work on the new album.