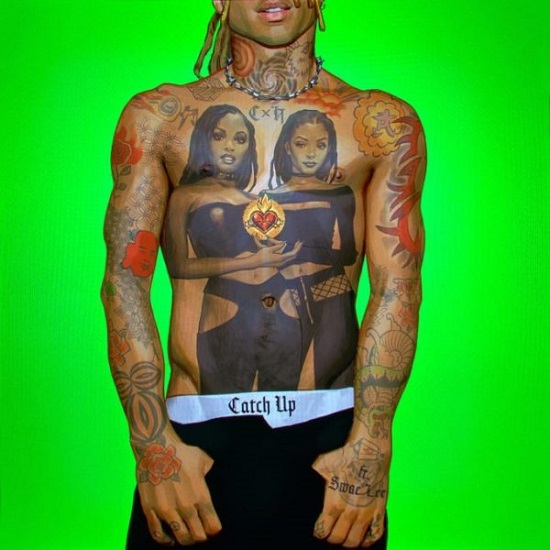 2020 hasn't quite turned out the way that many imagined it. What it has delivered on, however, is some pretty good music. Whether unexpected releases or anticipated returns, the year in music isn't disappointing thus far. Added another great musical moment is sisterly music duo Chloe x Halle. The twosome are set to release their sophomore album Ungodly Hour this summer. To get us in the mood for what they have prepared us they're linking up with rapper Swae Lee and producer Mike WiLL Made-It for new joint "Catch Up."

"Catch Up" is a surprising departure from the more mellow, soulful sounds that we've become accustomed to from the duo on singles like "Who Knew" and "Happy Without Me." A club-ready beat sets things off from jump, with hi-hats going crazy amidst hand claps and a guitar riff that sets up the melody. Swae hops on the track first to set the scene. He plays one half of a dysfunctional couple who seem to be a bit over each other. He mentions how he knows about her alleged not-so-faithful ways, and he's ready to move on. He's not the only one who gets to tell his side of the story, though. Chloe x Halle have their say on the second verse, discussing his love of chasing groupies and hanging out til all hours of the night.

To further illustrate their frustrations with each other, there's also a lyric video. Swae appears front and center in the form of a computer-animated figure standing in the midst of a neon green light show. If you look closely, you'll see that Chloe x Halle are also prominently represented as a huge tattoo covering Swae's torso. It's a creative representation for sure and makes us wonder what the inevitable video for the track will look like.

Are you ready to "Catch Up" with Chloe x Halle as they get ready for their next era? Then go ahead and check out the song and lyric video right here and pick up the single from your favorite digital retailer.


TAGS:  audio, Chloe x Halle, Mike WiLL Made It, Swae Lee
Previous: Kehlani Is Tired Of Her Love Life Being ‘Everybody’s Business’ Next: Sammie Is Ready To Escape The ‘Friend Zone’