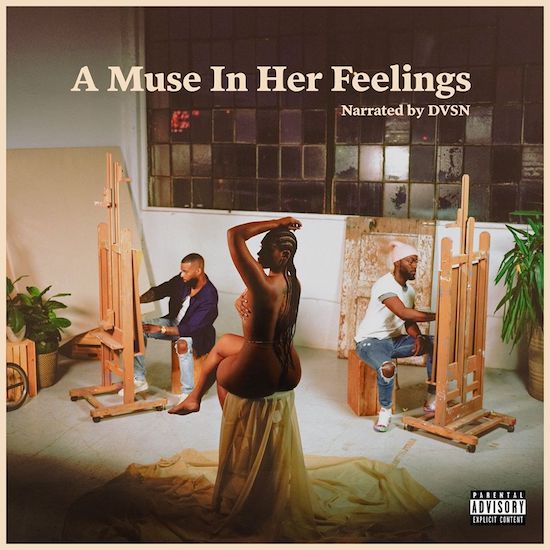 dvsn has been teasing their follow-up to 2017’s Morning After for a while now. Thankfully, after dropping a whopping five singles – "Miss Me?," "No Cryin," "A Muse," "Between Us" and "Dangerous City" – since last summer, their long-awaited new collection A Muse In Her Feelings is here. The 16-track project is an impressive third album from the Canadian duo comprised of singer Daniel Daley and producer Nineteen85. The album features a few guest appearances, but it's the feature from Snoh Aalegra on "Between Us" that had us most excited and dvsn keep that excitement going with a visual for the track.

Director Brendan Vaughan frames the clip for "Between Us" as a mysterious crime drama. The video starts with Daley calling someone from a payphone, being watched by an undercover police officer played by Nineteen85. Later, back at the police station, Snoh is being interrogated by Nineteen85 about the activities of her alleged accomplices. But Snoh plays it as cool as her name while being questioned, low-key reminding us of Sharon Stone's iconic interrogation scene in Basic Instinct. In the midst of all this, Daniel's girl somehow gets hemmed up and put behind bars. He goes to visit her in jail, and they share a tender moment before all hell seemingly breaks loose.

“Between Us” is just one of the many standout cuts on A Muse In Her Feelings. The album also features contributions from Future, Ty Dolla $ign, Buju Banton, Jessie Reyez, Summer Walker, PARTNEXTDOOR, Popcaan and newcomer Shantel May. Get caught up in dvsn's dramatic "Between Us" visual and listen to A Muse In Her Feelings in its entirety right here. Be sure to add the dynamic duo's latest to your collection from your choice of digital music platforms.