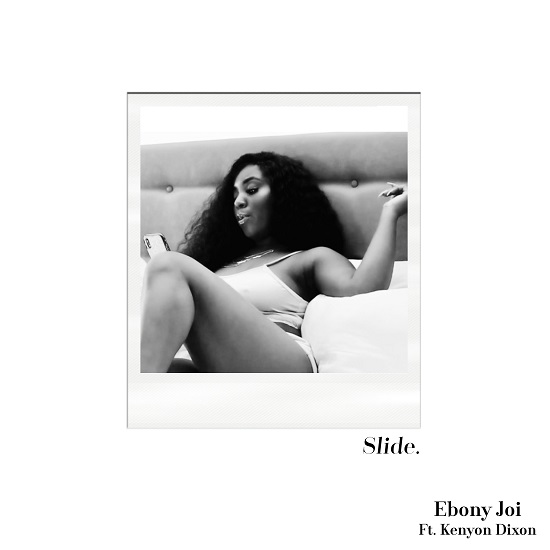 Remember shooting your shot? The thrill of taking the chance by reaching out to a potential boo thing and then having them respond? It seems like there's no chance for potential romance in these pandemic times, but singer Ebony Joi reminds us of what could be waiting on the other side of this with her newest single "Slide."

"Slide" is all about getting in those DMs, whether it be on Twitter, the 'gram, Facebook or whatever your social media platform of choice might be. It turns out that the song was actually inspired by a true story. "I saw my trainer at the time post a picture with him and this guy flexing at his gym and completely lost my s**t!" Ebony Joi said. "I hit him like 'Yo, who your man? Put me on! So after, like, 30 mins with no reply, I said, 'F**k it,' and slid right in his DMs! We ended up going out a couple days after that"

She brings that story to her art with her lyrics. "I saw you on the 'gram / You was flexin' / And me being me / knew I wanted sex and / I told your homeboy to put me on," she sings on the opening verse. "But he was taking too long / So I decided to slide in your DMs." Fellow singer Kenyon Dixon joins Ebony in her lusty pursuits, letting us know he's feeling a bit lusty after a few IG pics and is also ready to make that slide. In fact, they're so ready that they interpolate a bit of Jodeci's "Freek'N You" to emphasize that fact. Aside from the Jodeci nod, producer D.Wil and executive producer Adam Blackstone whip us into a frenzy with a whirlwind of sultry synths, snaps, vocal samples and drums that have just enough thump to make your speakers shake.

"Slide" is available right now on all digital platforms and Ebony Joi also has a sultry video for the track that will soon follow. But that's for another day. Right now, reminisce about bolder times when you press play below.