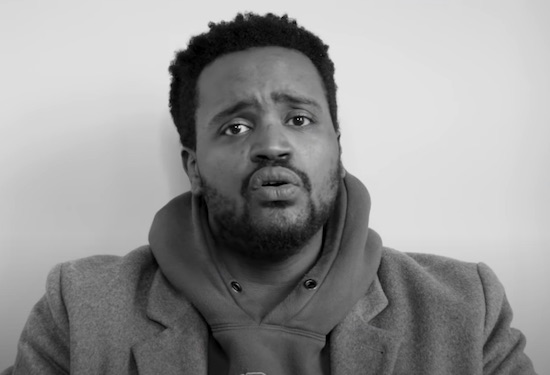 Whether you find yourself going stir-crazy in this current state of social distancing or your introvert spirit has you flourishing, we can all agree to hold our loved ones close while we can. Never before has the need for human touch, a hug or simply being in the presence of others become more apparent. Rising Canadian artist Emanuel hit the right note with the timely release of his single “Need You.” The stunning strings and sentimental keys immediately tug at the heartstrings even before he sings his first note. Once he starts in with the penetrating lyrics and passionate vocals, the emotional floodgates of even the most hardened listener will open. The believability with which he belts out the chorus, “I feel I need you to breathe,” had us all convinced that he is indeed the truth, as we wiped away tears.

Just hours after the track’s release, Golden Globe-winning actor/musician/producer Idris Elba OBE started the collaborative #NeedYou2020 social media campaign. Via Instagram, he urged his followers to submit photos or videos for what he called an “inspirational collage” he was creating to accompany Emanuel’s single. The photos are intended to document how the world is coping with self-isolation, and the finished product captures a moment in time that will surely go down in history. Within 24 hours, over 3,000 submissions were received from people all over the world, for a total of over 4,500 entries from over 20 countries.

In a 2017 interview, Emanuel seemed to foreshadow the incredible impact his art would have, while noting the strength of music in general. He said, “I feel like music is so powerful. I feel like songs and anthems are the things that spiritually drive a nation. It’s what brings a nation together during hard times.” Hopefully, his statement that followed will come to fruition as well, as he declared, “The things that people do when they’ve gotten to a place of peace and togetherness after hard times, you’re going to see people dancing, and singing. It’s that togetherness.”

Get introduced to Emanuel with the audio and visual for “Need You” below, and be sure to add the track to your pandemic playlist from your preferred digital platform. Keep an eye out for his debut EP Alt Therapy, which is set to drop later this spring.


TAGS:  audio, Emanuel, idris elba"
Previous: Kaytranada & Masego Get Grimy In ‘Belly’-Inspired Clip For ‘Need It’ Next: Join Night Train 357 & Cecily For A Fantastic Voyage Aboard The ‘Cosmic Cruise’