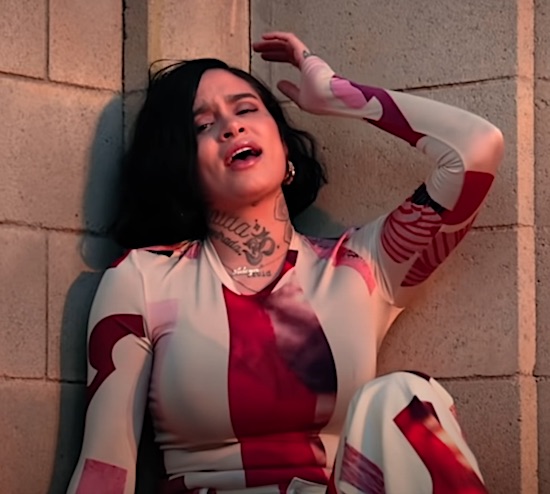 Heartbreak headlines have haunted Kehlani’s career almost since its inception. Although the matters of her heart have made for some really good songs, the pressure and attention from the media and even the man down the street can be a lot to handle. She tackles that subject head-on on her new single "Everybody's Business." Unlike most songs where the star lashes out at everyone for offering their opinions on their life, Kehlani doesn’t shy away from the facts, instead choosing to be human in her defense.

“Everybody’s Business” flips Pharrell and Jay-Z’s “Frontin’” into a guitar-led ballad to address the haters and naysayers. “I know it’s frontin’, don’t know me from nothin’ / Still learning to shake it off / I know I can take it all / I know they frontin’ / You know they frontin’, babe,” 'Lani sweetly sings. Along with writing the lyrics, Kehlani also produced the beat along with collaborators Go Grizzly and Loshendrix.

In addition to the new track, Kehlani dropped a corresponding music video. Directed by Hyphy Williams –her clever pseudonym for her self-directed clips – Kehlani has once again crafted an engaging video while being stuck in quarantine. But, while the video follows social distancing guidelines, it works in the context of the song. Basically, Ms. Parrish is out here trying to drown out the noise about her past relationships, express her feelings and stay sucker free. She takes a walk through her neighborhood while recording the track and faces a barrage of headlines while just trying to chill out in her backyard. It’s a clever way to visualize the track while under creative restrictions.

“Everybody’s Business” follows-up previous singles “Toxic,” “All Me,” “Change Your Life” and “You Know Wassup.” We don't know if all these songs are just loosies or if Kehlani is prepping fans for a new album, but we'll patiently wait to find out as we mind our business.