Parisalexa Celebrates Her Shape On ‘Slimthick’ 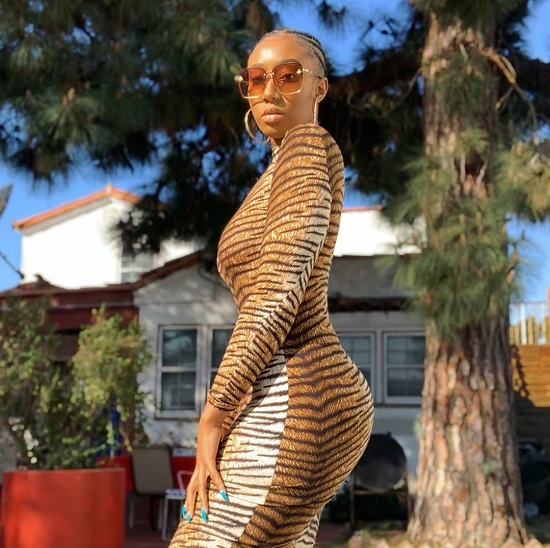 One of the most refreshing movements that has occurred in recent years is the surge of body positivity. Not only are folks accepting their shape no matter what that may be, they're actually celebrating their bodies in all their glory (word to Lizzo). Up-and-comer Parisalexa is also in this number. In fact, she's even making the subject an undeniable jam with her latest single "Slimthick."

"Tried to make me hate my thighs and hips / All the weight God blessed me with," the rising singer begins on the track. "They got it so twisted / Magazines airbrush it up / I show it off instead." Those lines set up the premise of the track as she goes on to let us all know that she will never be ashamed of the gifts she's been blessed with. Instead, she invites haters to say what they feel as she continues living her life as a "real bad b***h." Helping her assert her baddie status is production that straddles the line between laid-back and bumpin'. And just when you think you know exactly where things are going for the smooth groove, she does a complete one-eighty and dives into the waters of early 2000s crunk as she invites all her girls to twerk a little something.

"When I was growing up I didn’t have a lot of women around me who were shaped like me. I had to learn to be confident in what I looked like by myself," the singer said of the track. "Since I found that confidence I’ve made it my mission, not only to hold onto it but to spread it to other girls who may need the boost just like I did. The truth is we only get one body, and every stretch mark is a sign of growth that should be celebrated! Whether you’re slim or thick, you’re a real bad b***h. Don’t forget that!"

"Slimthick" is the latest single from her upcoming debut 2 Real, which is set to arrive on May 8th. The other releases from the set — "Troubled Waters," "Chocolate" and the title track — already promised that the album was going to be quality and "Slimthick" further confirms this notion. Get into Parisalexa's celebratory declaration below.


TAGS:  audio, Parisalexa
Previous: Free Nationals Return To NPR’s ‘Tiny Desk’ With Anderson .Paak, India Shawn & Chronixx Next: Gene Noble Encourages Us To ‘Stand Together’ To Honor ‘Too Many Lost’ To COVID-19