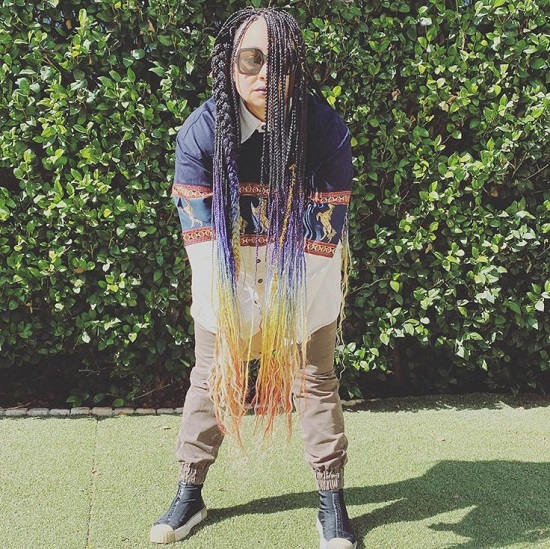 Our girl Raven-Symoné is using 2020 to make her musical mark, it seems. The multi-talented artist pleasantly surprised with her EP 33000 back in mid-December. She's been back in the studio since then cooking up her new EP INFRASOUNDS. We're sure you'd like to hear what she's got coming, and Raven has obliged by releasing her newest single "SPACETRUCK."

"SPACETRUCK" follows the experimental sounds featured on 33000, but takes it even further as Raven dusts off her rapping skills for a lyrical drive through her routine. She opens with a meditation of her day while dropping random deep thoughts before posing a question: "Who do you think you want? /  The one girl that does it flaunts." The chorus of the set is a little less esoteric as she gets wavy while giving us a callout to bounce to. "Who got everybody linked up? / Flow through ridin' in my spacetruck," she chants over the wavy, hi-hat-heavy groove crafted by her collaborators.

The single isn't the only thing she's given us, though. She also dropped a video of her performing the track live. Standing in the center of her collaborators (who include singer/songwriter/producer Austin Brown), she performs the track over bluesy live instrumentation. While the distorted vocals of the original are interesting, this live version allows the lyrics to be heard more clearly and also get a dose of the new Raven-Symoné in her full performative glory.

So which version of "SPACETRUCK" are you feeling? We like both, but we must admit we're partial to the live take. You can listen to both the single version and the live one below and draw your own conclusion.