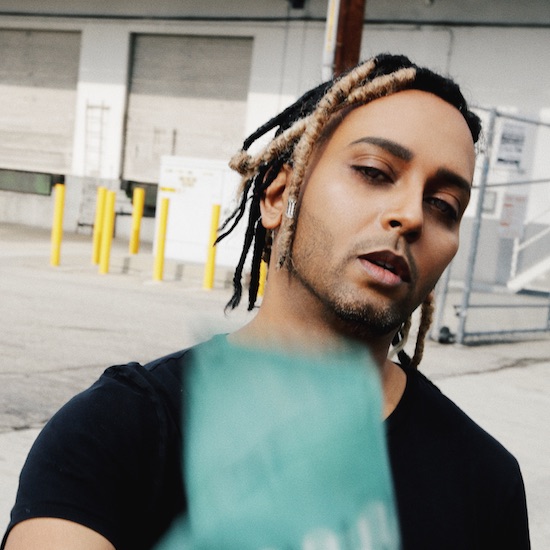 The coronavirus pandemic has made it all too clear that no one is promised tomorrow. During these uncertain times, many of us find ourselves reflecting on our own lives and the past. Although his new album was in the works long before this global pandemic rocked our collective worlds, multi-talented creative Kai Exos was already feeling the pull of the past when he sat down to record his latest single "Broad Beans." Inspired by his grandmother's old recipe cards and experiences growing up, Kai's "Broad Beans" serves up audio and visual soul food in SoulBounce's exclusive world premiere of the single and music video.

"Broad Beans" was written by Exos and co-produced alongside Keyel Walker. Together they weaved a soulful musical tapestry with organ, tambourine and drums as the foundation for Kai to share his nostalgic tale. His voice is reminiscent of Van Hunt as he reminisces about simpler times, home-cooked Sunday dinners and time well spent with family. "The essence of the song felt like all of the care and humility that my grandmothers had when preparing food," Kai shared with us about the track. "I always smile at the whole ‘bless the hands that prepared this food, bless the farmers and the earth,” line during Grace because really that’s how serious we are about honoring what we’re given. We make it look and taste worthy of all the work that goes into putting the whole thing together."

In addition to his work on the song, Kai Exos directed, edited and produced the music video for "Broad Beans." He opted to stay behind the camera and not appear in the clip, instead choosing to focus on everyday scenes that you would expect to see in many an urban black community. We're taken everywhere from a church filled with aunties in their fancy hats to scenes of teens freely riding through the streets on their bicycles. We see wall murals, corner stores, graffiti, someone snapping a bushel of beans and even a couple of roosters over the course of the clip that finds Kai Exos in a sentimental mood, reflecting on days from his own youth.

For more soul food where this came from, get ready for Kai Exos' upcoming concept album is set to be released on May 1st on his independent label VMP Music. The 10-track record will include "Broad Beans" and lead single "Komorebi." Keep up with Kai on Facebook and Instagram.