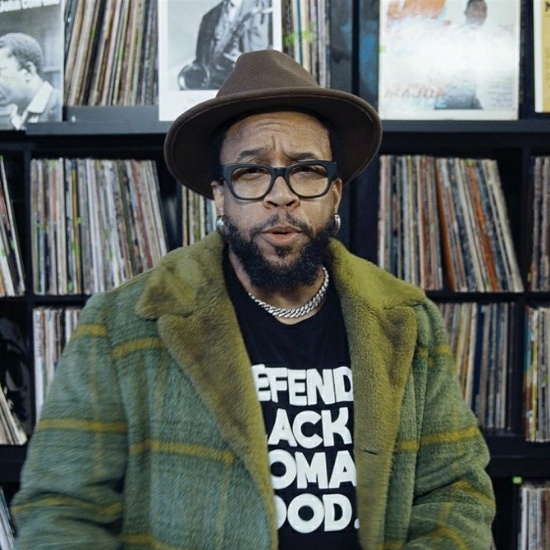 As he prepares to drop his first solo EP in 14 years, Arrested Development frontman Speech has released the project’s lead single and it is a certified jam. From the moment “Just Too Cold” drops, the listener is pulled into a sea of soulful vibes punctuated with jazzy horns and a beat that makes it impossible to restrict an instant head nod. Speech, Rambo and Detroit’s own Danny B ride the MRK SX-produced track like the pros they are, while lyrically taking jabs at materialism and greed. They puff their chests out a bit but remain in the lane of positivity. Though it’s crazy to think that Speech and MRK SX sat on the track for four years before Rambo and Danny B added their finishing touches, the timing of this release couldn’t be more perfect.

The accompanying visual is an extension of this dynamic display of expression. Directed by Nakeeta Nova and shot at WERD Studios in Atlanta, the first Black-owned radio station and location of Madame CJ Walker’s beauty shop, the feature captures all the energy of the legendary setting’s rich history. We watch as Speech and his crew perform for an eclectic gathering of various shades of melanated cool kids. The room is a music nerd’s dream, as its walls are lined with hundreds, if not thousands of vinyl records. Homage is paid via shots of classic album covers and glimpses of beautiful, interpretive dancers, with one rocking a banana skirt and serving a striking tribute to the iconic entertainer Josephine Baker. Every element of both the track and video, from the instrumentation and cadence of the chorus to the synchronism of each dancer’s movements with the beat, can be described in one word: Blackness. And we are absolutely here for it.

Press play on the audio and video for Speech’s “Just Too Cold” featuring Rambo and Danny B right here and good luck in sitting still. His forthcoming EP Expansion PT. 1 is set to drop on May 5th, and word on the street is that Arrested Development will mark their return in June with a new album entitled Don’t Fight Your Demons.