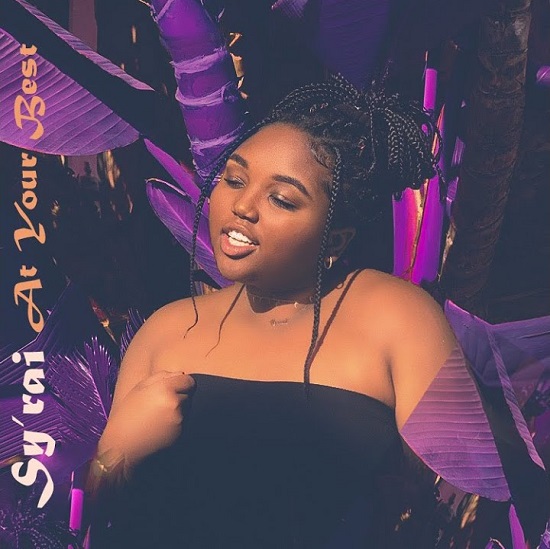 When music is in your blood, it's only a matter of time before you're bitten by the performance bug. Such is the case for Brandy's daughter Sy'rai. She's all grown up and the tender age of 17 and ready to show the world that she has a talent all her own. To that effect, she's released her debut single "At Your Best."

Produced by Genius and Tubbsmuzik, the song provides Sy'rai with a futuristic R&B beat that sounds like Timbaland meets Blade Runner. Robotic sounds skitter over a knocking drum track that starts and stops with a self-assured swagger that keeps the song moving and our heads nodding. Sy'rai meanwhile weaves a tale of teenage love. She sings of FaceTiming all night and slowly falling for her paramour who is always there for her. "Seen me at my worst / And you're still here / Tell you all my thoughts / You wipe my tears away," she sings. She then surprises by interpolating the chorus of "At Your Best (You Are Love)" by The Isley Brothers by way of Aaliyah. The throwback to the '90s is a nice added touch to an already intriguing debut.

Sy'rai hasn't announced what she intends to do beyond this single, but we already see a bright future ahead of the budding star. Check out Sy'rai doing her mama proud when you press play.