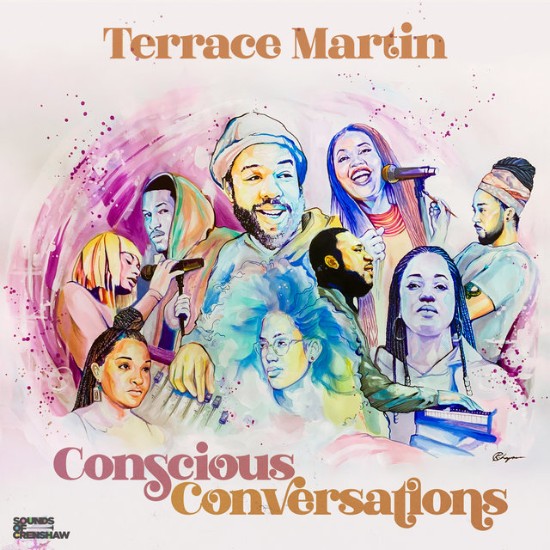 Between teleworking, homeschooling, preparing three square meals and other "shelter in place" daily duties, more than a few of us are on the verge of a breakdown. But there are others who have found their figurative groove. Or in Terrace Martin's case, his literal groove, as he's just released Conscious Conversations – his third project in as many months.

EP opener "Oblivion" finds singer Malaya's emotive vocals coasting over an atmospheric backdrop driven by jazzy keys and percussion. Nick Grant and Rose Gold offer a satisfying spin on Blaxploitation-era soundtracks with "Dead Man Walking." It was love at first listen when sexy jam "Intimidated" was first released late last year. But listening to the Rapsody and Lalah Hathaway collaboration in connection to the rest of the EP has us sprung all over again. With frequent collaborator Robert Glasper sprinkling his sauce over the keys, Martin continues his vocal flex on "Shea Butter & Blueberries," a groovy duet with the effervescent songstress Alex Isley. Otherworldly production "The Smile Within" provides a tranquil coda to the incredible set.

Once again, Terrace Martin has come through with a killer collection that polishes the shine on his Sounds of Crenshaw legacy. Preview Conscious Conversations then peep the theatrical visuals for "Dead Man Walking." Stay tuned to Martin's Twitter and IG feeds because this surely won't be the last new music that we hear from him this year.