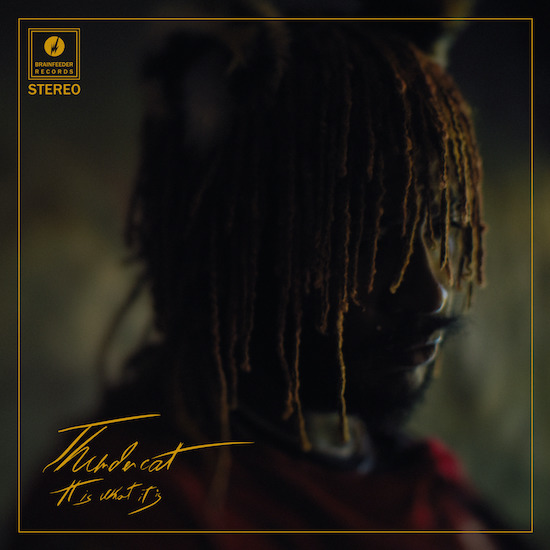 Although he was forced to postpone his tour due to the current coronavirus pandemic, thanks to the power of the internet, bassist Thundercat is still able to deliver his highly-anticipated album, It Is What It Is, to the masses while adding a little bit of color to today's gloomy times in the process.

Behind the quirky, anime-loving persona of the artist born Stephen Bruner is a man who has a lot to say about love, loss, healing and, of course, Tron, his cat. Much of the album was inspired by the loss of Bruner's close friend, rapper Mac Miller in 2018, and how he has been coping with it. He pays tribute to Miller on "Fair Chance," which features Ty Dolla $Sign and Lil B. Miller lives on again in the album's title track and closer in which Thundercat softly sings, "Sometimes there's regret / It is what it is / It couldn't be helped / So many things I wanna say / This is the end." It is fitting that the last words uttered on the album are a wistful "Hey Mac" before Thundercat launches into a nearly two-and-a-half minute jam session.

Even with such heavy subject matter, Thundercat manages to weave a bit of sunshine and humor throughout the album. On "Miguel's Happy Dance," he encourages people to do a happy dance even when they're having a bad day. There's also his single "Dragonball Durag," where he tries to spit game to a potential paramour despite the fact that he is "covered in cat hair." On "I Love Louis Cole," Thundercat celebrates his friendship with Louis Cole, the drummer and one-half of the electronic duo KNOWER, as only he could do it. "Yeah, I remember you were punching my friends / Made an oil spill that makes Exxon offended / Then you fell asleep on the laundry in my room / And this is why I love to party with you," he sings in earnest over Cole's frenetic drums. Love is still on his brain as indicated on "Overseas" where he tries to persuade his boo to meet him overseas for some good lovin' and fun.

While the majority of the album's 15 tracks are brand new, several songs have been floating around for a couple of years. The hauntingly smooth "King Of The Hill," which features BADBADNOTGOOD, initially was released back in 2018 as part of Flying Lotus' Brainfeeder 10th Anniversary compilation. Meanwhile, "Unrequited Love" popped up in 2019 on an episode of the anime series Carol & Tuesday.

Ultimately, what truly makes It Is What It Is shine the most is Thundercat's undeniable musicianship and his refusal to be boxed in. "Black Qualls" featuring Steve Lacy, Steve Arrington and Childish Gambino is a funk-inspired number that could easily have been part of George Clinton's catalog. "Interstellar Love" lies squarely in the jazz arena and includes a sax solo by pal Kamasi Washington and drums courtesy of his older brother, Ronald Bruner, Jr.

It Is What It Is touches on all the facets that make Thundercat who he is while also providing him an outlet to channel his grief and pain. With his vulnerability on full display, Thundercat marches on, proving that even in the midst of the pain, there is in fact light at the end of the tunnel.