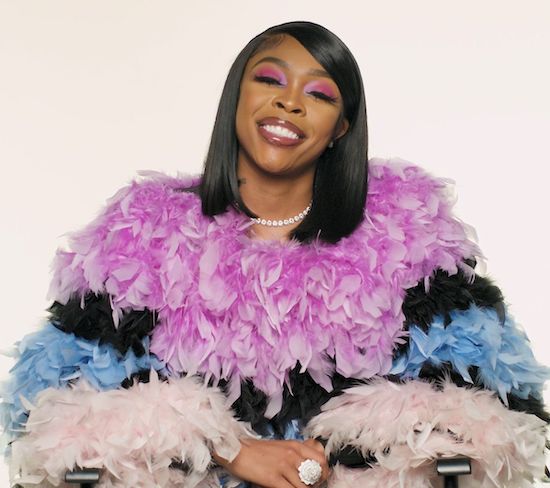 The good folks at ELLE are back with a new edition of its popular "Song Association" series and this time, it's rapper/singer/songwriter Tink sitting in the hot seat as she tries her hand at the word association game.

Although Tink's bubbly personality and infectious smile draw viewers in immediately, it's her rich voice that takes centerstage while proving that she can sing just about anything. Her vocals shine as she breezes through Chaka Khan, Brian McKnight, Rose Royce and Drake. Her rendition of James Weldon Johnson's "Lift Every Voice and Sing" gets cut short when an alarm starts blaring in the background. She makes the best of it, utilizing the downtime for a quick touchup of her hair and makeup. She also stretches across genres, taking on Lynyrd Skynyrd's "Sweet Home Alabama" and Smokie Norful's "I Need You Now."

Tink even throws some of her own music in, giving viewers some insight into songs like "Million," "Treat Me Like Somebody" and "F**k Around." She explains that the former was written as a tribute to Aaliyah and her single "One in a Million." "I just wanted to add my heart into it and add my feelings into it as well," Tink explains.

Though she stumbles on words like "peace," "winter" and "hold," she ultimately finishes the game with a solid score of 12/15. While that won't land her amongst the top scorers of ELLE's "Song Association" series, the viewers are the real winners here if they allow themselves to be pulled in by this charismatic triple-threat.