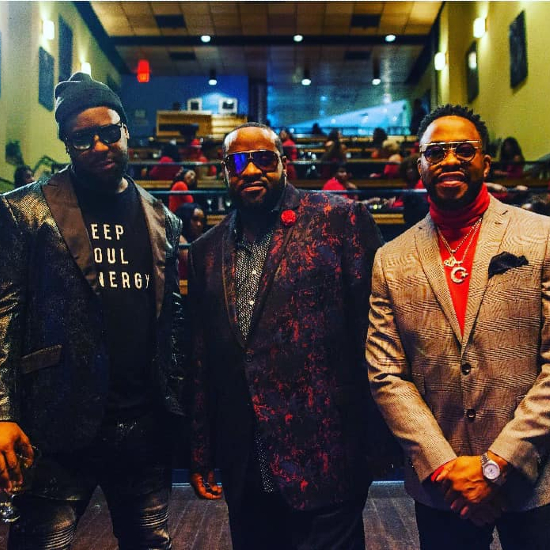 When Andre 3000 released “Prototype” back in 2003 on OutKast's double album Speakerboxxx/The Love Below, we all magically fell in love with the unexpectedly soulful ballad from the GOAT MC. Now we think we’re in love again with this cover courtesy of Jeff Bradshaw, Raheem DeVaughn and Robert Glasper.

For those in the know, this isn’t the first time that Raheem or Robert has covered the track – both separately and together. But Jeff comes to the table ready to put his own spin on things. Together the trio blesses the original with a version that pays homage both vocally and instrumentally. Jeff’s trombone echoes the sentiments of ecstasy against Raheems vocals, while Robert’s additional instrumentation accents the track with additional bass guitar and subtle changes in the arrangement. Raheem does a masterful job of not only singing the song but giving us a bit of the same chills 3 Stacks gave us that made the song so heartfelt and unique to the OutKast member.

“Prototype” isn’t the first time Jeff Bradshaw has taken a hip-hop or R&B classic and added his own twist. The Philly native has done covers of Janet Jackson’s “Got 'Til It’s Gone,” Tony! Toni! Toné!’s “Lay Your Head On My Pillow” and Mos Def’s “Umi Says,” to name a few. “Prototype” will be featured on Jeff Bradshaw’s upcoming LP, Stronger, due out this June.