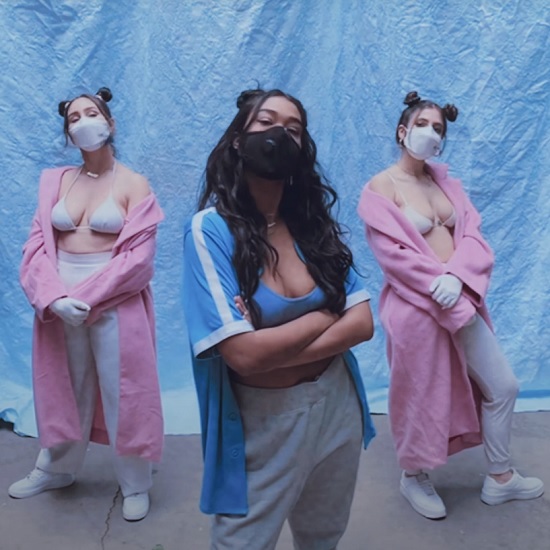 Sometimes you gotta let 'em know. Amber Mark has been keeping us entertained during our unexpected quarantine with her COVERED-19 series in which she offers new tracks every two weeks. So far, she's given us an alt-R&B cover of Nirvana's "Heart-Shaped Box" and original track "Waiting." Now she's back with the latest in the series, a hardcore women's anthem that she's calling "1894."

Over a minor key piano loop and tight trap beat, Amber puts on for her suffragettes who just want to go out and have a good time without the male gaze killing their vibe. She asserts herself pretty early, letting the people know that "I demand and deserve respect / Come correct and I may check / Then consider yourself blessed." As for why she chose the numerical title "1894," she answers that part on the feisty chorus, singing, "If I want sex, I'll ask for it, this ain’t 1894 / Get out my way."

"This song is 100% Woman Power," Amber said in a press release. "I got a little tipsy during quarantine and wrote a song about going out dancing/to the club as a woman."

Amber also got creative in giving us a visual for the track. She poses it up with a couple of friends as they sport sweats and face masks (gotta be responsible) while talking her ish in front of a blue curtain. She looks like she's having an amazing time creating the visual and getting a little silly.

Amber Mark and her fiercely feminine vibe can't be denied. Get your dose when you listen to the track and peep the video.


TAGS:  amber mark, audio, Nirvana
Previous: Ric Wilson & Terrace Martin Unite To Spread Good Vibes Only On ‘They Call Me Disco’ EP Next: Jorja Smith Jazzes Things Up With ‘Kiss Me In The Morning’ For Netflix Series ‘The Eddy’