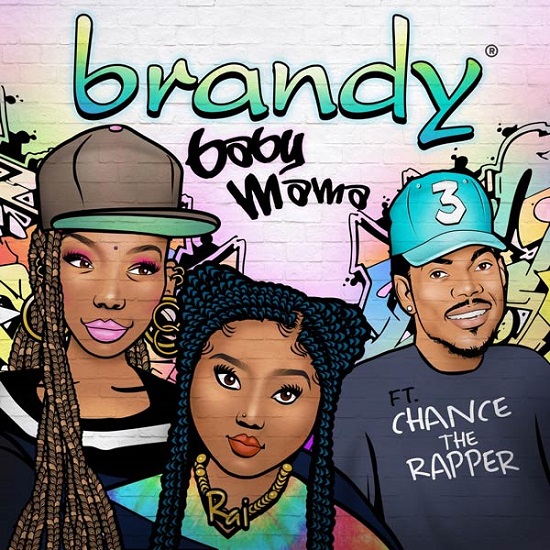 We've all been anxious to hear some new music from Brandy. That's partly because it's been eight long years since her last album, Two Eleven, and because the artist has been teasing new music for the better part of five years (even releasing a single here and there). It looks like the time for B7 is coming near, though, as B-Rocka's officially released her newest single "Baby Mama" as she gears up for her new era.

"Baby Mama" is a celebration of motherhood. Not just her own (there are more than a few nods to her 17-year-old baby girl Sy'rai) but all mamas holding it down with or without a man in the picture. The Hit-Boy produced track opens with a fanfare of horns before the trunk-rattling bass hits and Brandy's honeyed vocal begins. "Only kind of first real love / My baby got them dreams she can touch / And a voice from above / She's a pearl in the rough," she sings. "It takes a village to raise 'em / We don't do it all by ourselves." But Brandy isn't just content in showing love to her mini-me. She also takes the opportunity to let her naysayers know that she suffers no fools and that she ain't with you trying to bring drama to her comments. Chance The Rapper also stops through on the track to let the fellas know that what they bring to the table isn't unique. "You ain't the only one / That can take out trash / That can make the cash / that can make her laugh," he spits before reiterating at the close of his hot 16 that "she ain't never really need you."

"Baby Mama" is a nice and breezy little bop that just so happens to be released just in time for Mother's Day next week. And a little birdie told us that a colorful, Derek Blanks-directed video is set to premiere on BET this coming Monday to help give the song a bit of traction. Take some time to appreciate the baby mamas in your life and get into Brandy's message when you watch the track's lyric video below.