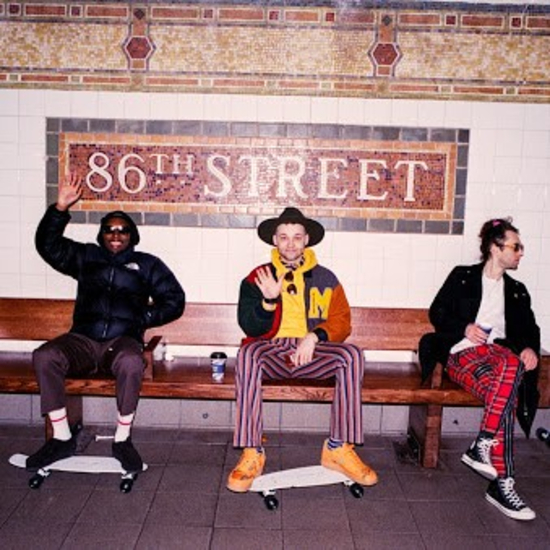 Multi-instrumentalist Ivan Jackson and percussionist Conor Rayne, collectively known as Brasstracks, have a way of giving fans exactly what we need when we need it. Whether grooving on their own tracks or collaborating with the likes of Mark Ronson, Anderson .Paak and Chance The Rapper, their signature take on big band music always adds a bit of sunshine to any tune. For their latest musical mood lifter, they team up with Bounce-Worthy singer/songwriter/producer Samm Henshaw on “Change For Me.”

Over the vibrant track, Samm sings of running out of both time and reasons to care what others think. Though this gem was crafted over a series of studio sessions in NYC, LA and London, the lyrics arose from a conversation between the talented trio about complacency. They explain, “We landed on this tongue in cheek concept of running out of reasons to change for yourself, which felt applicable to both of our situations at the time. So many people, so many opinions, so little time but also too much time to care. The song is so positive in energy that we enjoyed moving with this lyrical direction on top.”

For the GenMotion-directed visual, they offer an anecdote to photos of the eerily empty streets of NYC that we’ve all seen. Thankfully, the video was shot before the coronavirus put us all on lockdown, which allowed the threesome to freely roam the streets of the iconic city. Whether skipping on foot or scooting on skateboards, they make their way through various neighborhoods, parks and landmarks, spreading cheer and occasionally handing out roses. The timely and uplifting video serves as a virtual love note to the city, reminding us of what once was, while keeping a hope-filled view of the future.

Take the audio and video for “Change For Me” for a spin, and add the track to your collection from your preferred digital platform. While there’s no official release date, word on the street is that we can look forward to a new LP from Brasstracks in the near future. In the meantime, tune in to their "Band Class" series on YouTube and donate to their GoFundMe to show love for their touring crew impacted by the shelter-in-place order.