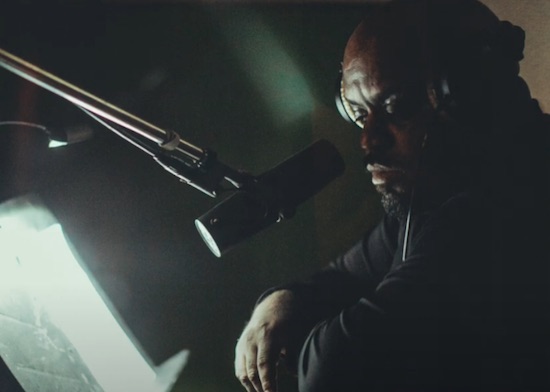 CeeLo Green is currently one of the cast members of the reality show Marriage Boot Camp: Reality Stars alongside his bride-to-be Shani James. Viewers get to see the made for TV trials and tribulations of the couple and fellow Boot Campers like Styles P, Michel'le and Joseline Hernandez. The reality show is high on the drama, but in real life, it seems as if CeeLo Green the soul machine is more of a lover than a fighter on his new single "Doing It All Together."

Green is all about love, peace and unity – or at least trying to keep it – in his relationship on "Doing It All Together." Over a lively throwback soul sound bed of organ, drums, guitar, bass and other live instruments produced by Dan Auerbach of The Black Keys, CeeLo sweetly sings, "I need, need you / You need me, too /  That means / We're doin' it all together," on the first verse. However, everything isn't as perfect as it may seem. "Promises, promises / You just can't promise / Then take it away / If you're a liar / Then just 'cause you're beautiful / It's not okay," he sings on the pre-chorus, letting the listener know that all that glitters isn't gold. Yet and still, CeeLo is committed to his commitment. "Through wind and rain / My friend, we've changed / But we still remain / Doin' it all together," he triumphantly sings on the chorus.

In addition to the single, CeeLo has also released a video filled with still photography and footage filmed during his recording sessions for his new album. Said album, CeeLo Green Is Thomas Callaway, will be released on June 26th and is currently available for pre-order or pre-save from your digital music service of choice.