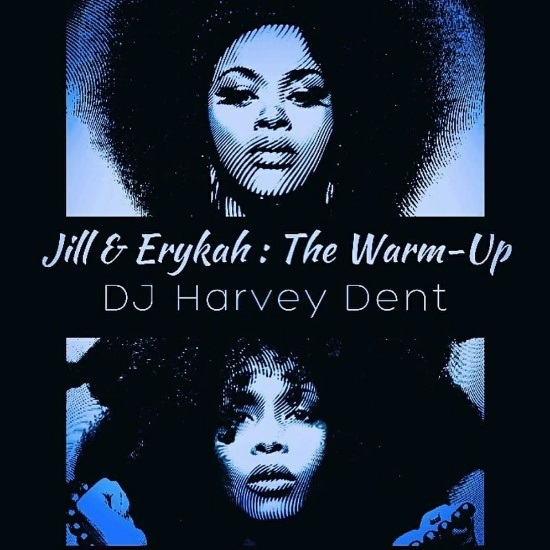 So far, the VERZUZ battles have featured kings of crunk, R&B songwriters extraordinaire, hip-hop hitmakers and a heavyweight match-up (and a comedy of errors) between two industry titans. Surprisingly, though, the ladies have been left out of the loop. That ends this weekend when two high priestesses of neo-soul — Jill Scott and Erykah Badu — go track for track on Saturday, May 9th. We know we're hyped (and you should be, too). But just in case you forgot why these two ladies are so revered in the music scene, our boy dj harvey dent offers a refresher course with his new mix Jill & Erykah: The Warm-Up.

The mix does just what its title suggests, offering up both of the ladies' finest singles, album cuts, b-sides, remixes and features. If you're unfamiliar with their work (though we're not exactly sure how that's possible if you're a SoulBounce reader), he starts with familiar and expected tracks like Erykah's "Window Seat" and Jill's  "A Long Walk." He also flips the script on us, though, with cuts like "Vibrate On," an Erykah track found on the often overlooked Girlfriends soundtrack, and Jill and Common's "8 Minutes To Sunrise" from Wild Wild West. Being that this is a dj harvey dent mix, you already know that he's also breaking out some top-tier remixes of the soulful house variety to keep us moving and grooving while giving the singers much-deserved shine. Taking one listen to this will show you exactly why this battle is going to be a tough one to decide.

You can check out dj harvey dent's masterful mix of Jill Scott and Erykah Badu below and be sure to lock into Instagram Live Saturday at 7 p.m. EDT to see these two ladies of soul go toe-to-toe and hit-for-hit.