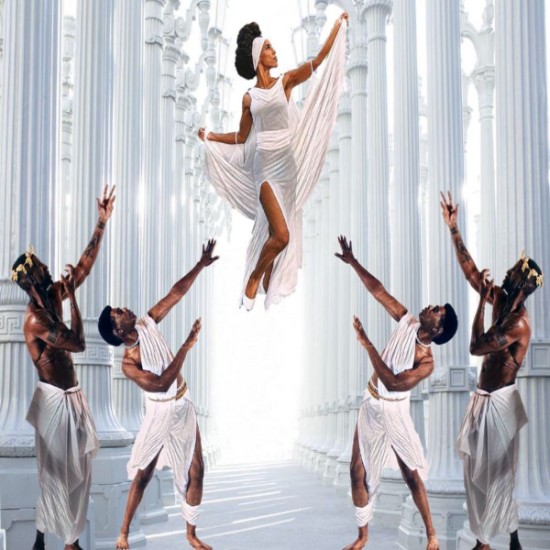 If you were to rewind the soundtrack of my life about 16-17 years, you would undoubtedly hear Donnie. On repeat. Lyrically, musically and emotionally, The Colored Section was one of the most refreshing projects of the early aughts. Pretty darn near perfect, in my humble opinion. But then he went radio silent leaving fans like me to wonder if we'd ever hear more of his unique brand of authentic love songs and socially-conscious soul.

After severing ties with Motown he came back strong with message-minded The Daily News. While it never quite developed the cult following of its predecessor, it was a solid effort. And more importantly, Donnie was back! Then he disappeared. Again. For a much longer period this time. He eventually resurfaced in 2012-2013 with "Protester" and subsequent remixes by Daz-I-Kue. It was also around this time that he began prepping fans for a new project titled The American Mythology. Unfortunately, the singer suffered several setbacks, including an unsuccessful crowdfunding campaign and a fizzled 2016 EP release (The American Mythology: The 7th Sign). Still, he remained determined, and that tenacity has allowed a rebirth of his artistic vision with the upcoming August 2020 release of The American Mythology: The Musical.

Donnie recently revealed, "I'm excited about this release. It's a vision I've worked on for over a decade. It has gone through many transformations. I've been through hell but I didn't let this vision go. This recording is much more than a solo album. It's a musical. It has a narrator and a cast. The songwriter, composer and producer in me, are at the forefront." To give us a special preview of what's to come, the singer-songwriter has shared "America (Do You Wanna Go Higher?)." It's an infectious hybrid with an over-the-top, '70s vibe – equal parts funky jam, gospel anthem and Broadway theatrics with a dash of satire sprinkled in for good measure. All wrapped up in a package that's distinctly Donnie.

The spirited tune has gotten our attention. Here's hoping that Donnie sticks around for a while because we're eager to hear the finished product, The American Mythology: The Musical, come August.  Scroll down to find out more about the project, then show your support by downloading "America (Do You Wanna Go Higher?)" via Bandcamp. Afterward, keep up with the artist on Facebook, Twitter or Instagram.


TAGS:  audio, donnie
Previous: SoulBounce Exclusive: Jonas & The Scratch Professer Offer A Soulful ‘Pick Me Up’ Next: Dornik Prepares To Take Us To ‘Limboland’ With ‘You Got It’