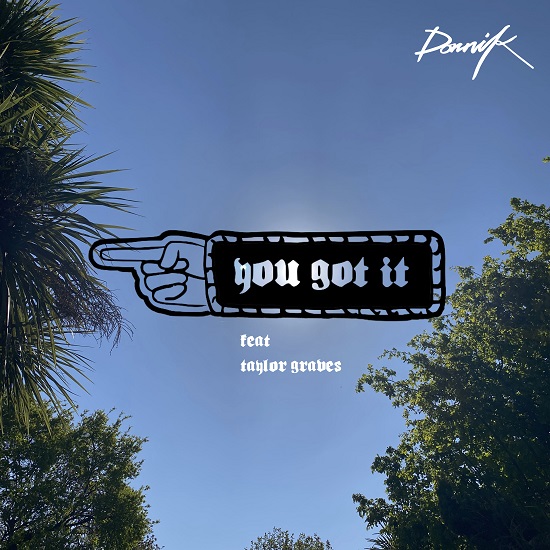 It's been a long time coming, but we finally know when British singer-songwriter Dornik will be dropping his highly anticipated sophomore album. The set, officially titled Limboland, will be out really soon — like this week soon. But before he blesses us with the project, he's released yet another single from the set with "You Got It."

Dornik whips up a frothy mix of synths, including a wobbly bass line and spacy arpeggio flourishes, that make the song easy to ride out to. While the jam seems light and airy, though, the lyrics aren't as happy-go-lucky. The singer and guest vocalist Taylor Graves let it be known quite bluntly that they're good on the B.S. when it comes to their cash flow. "I'm working hard to pay the mortgage / Talkin' with them n****s who don't own s**t," he sings at one point. "So don't ask me for no money / 'Cause I don't owe you absolutely nothing." The sentiment might seem abrupt or maybe even rude but protecting one's energy (and bank account) is always necessary. Besides, the fellas make the brusque and blunt message sound absolutely heavenly with layered vocals and the song's dreamy soundscape.

Every listen we've gotten of Limboland — including lead single "Do You Wanna?" — has given us a different feel. So much so that we're not sure what to expect upon its arrival. And we won't have long to prepare, either, as the album will be arriving on Friday, May 22nd (yes, tomorrow). Get ready for the second coming of Dornik and press play below to hear "You Got It."


TAGS:  audio, Dornik, Taylor Graves"
Previous: Donnie Returns To The Studio With A Question For ‘America’ Next: Ro James & Miguel Are On Team ‘Too Much’