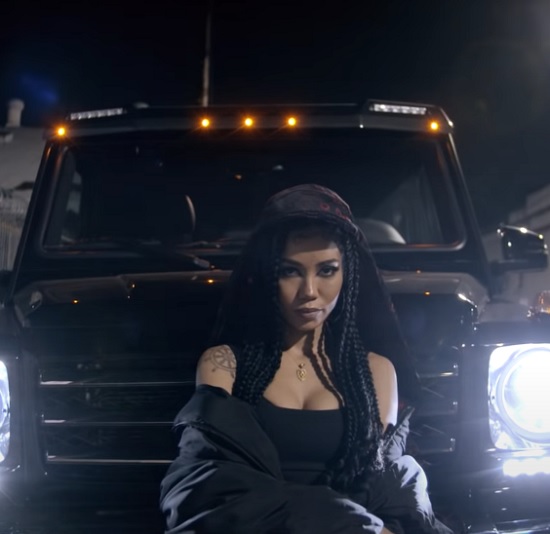 Robert Frost's famous poem "The Road Less Traveled" has become a way of life for many people trying to find their own destiny. Jhené Aiko and her main man Ab-Soul — who have been collaborating for more than a decade with tracks like "Nothing New," "Soulo Ho3" and "Closure" — co-sign this bold claim on their new track "One Way St.," the latest single from her Chilombo album.

Produced by Lejkeys, "One Way St." is a downbeat hip-hop track about finding your own way through life. They both find clarity in the chaos instead of going through the same patterns of life that have left them empty. Ab-Soul spits hard rhymes like, "Stuck in traffic on the road less traveled, no fast track / That's how life'll do you, I had to learn to backtrack / Before I could move forward like quadruple." Meanwhile, Aiko softly hums the chorus and shares some pithy lines about finding bravery and sanity in changing her ways. For the visual for the track, Jhené keeps things simple. She and Ab-Soul haunt the streets of downtown Los Angeles, going through the overpasses and dark alleys decorated with graffiti and taking in the scenery of Chinatown with trippy camera effects and a dark color palette.

Although she just released Chilombo in March, Aiko is already set to release a deluxe version of the project this week on May 29th. The deluxe edition will reportedly feature even more collaborations than its predecessor, which already boasted guests like Miguel, Big Sean, John Legend and, of course, Ab-Soul. Before you get your hands on that this Friday, follow Jhené Aiko and Ab-Soul down their "One Way St." when you press play.