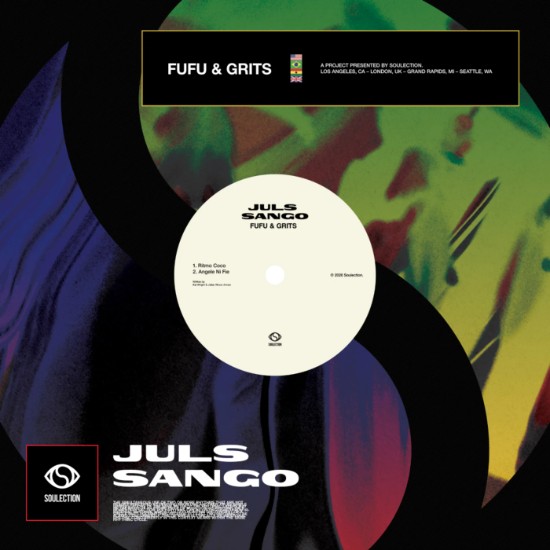 Cavalier Americans are flocking to public spaces in droves. The pandemic's death toll in the U.S. has officially crossed the 100,000 mark. George Floyd added to the #SayHisName victim roster of police brutality. Can you blame us for wishing we could socially distance ourselves from this country for a while? This is one of the reasons we constantly thank God for music! Our physical bodies may be stuck here, but Afrobeat wizard Juls and Seattle-bred DJ/producer Sango, join forces to bring us Fufu & Grits – a temporary escape to sun-kissed lands disguised as a groove-driven instrumental project.

Describing the collaboration during a recent Complex interview, Juls boasts Fufu & Grits as "a perfect blend of different cultures across the Atlantic," adding that "African and Latin worlds will be proud." Sango offered his own reflection, saying, "In essence, this project is a representation of what it means to be a part of the African diaspora. Sonically, it’s a blend of regional modern black music and how that defines what true underground music is sounding like today."

The brief set features two compositions infused with Afrobeat, Latin vibes, Brazilian Samba and jazz-soul sensibilities. A suave bass line and tribal beats lay a rhythmic foundation for “Ritmo Coco,” a guitar-driven island groove that features delicate keys and dueling flutes. In contrast, “Angele Ni Fie” is steeped in elements of Amapiano, giving it a distinctive undercurrent as trumpet and sybaritic vocal samples entice us to let the rhythm have its way.

Preview the Soulection release below, then scroll down to revel in lo-fi cultural drip and escape to faraway lands courtesy of visuals from the album. Juls & Sango's Fufu & Grits is currently available for purchase at all major retailers.


TAGS:  audio, George Floyd, Juls, Sango, Soulection
Previous: Applejac Dips Into His Vault & Offers Something New With ‘The Social Distancing Remixes, Vol. 2’ Next: Lloyd Takes Us Back In Time For His ‘Slow Wine Bass Line’