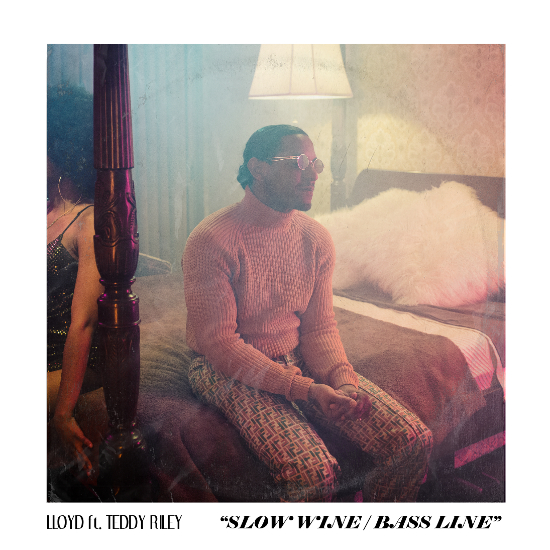 R&B crooner Lloyd is no stranger to creating baby-making music. And we all know that the legendary producer-artist Teddy Riley has a long history of bedroom bangers in his deep catalog. Now the two have teamed up to create a slow jam that has an old school sound with new school flair on "Slow Wine Bass Line."

Teddy, fresh off his Verzuz battles with Babyface, shows he’s not done going back into his old bag of hits. He dusts off Keith Sweat’s “Right And A Wrong Way” and shows us just how timeless the late-'80s Quiet Storm classic is. Lloyd was a youngster when the original came out, but now he's ready to get his grown and sexy on with a P.Y.T. at a party on "Slow Wine Bass Line." Lloyd sets the scene on the chorus. "Somebody cut the lights off / The party's jumpin' right off / I've been waitin' all night / And I think it's the right song," he softly sings. It’s a quarter after 2, but he’s not ready to let the woman he’s been watching all night out of his sight. Instead, he wants to pull her in for one last dance before taking the party to the bedroom. Beyond producing the track, Riley also makes an appearance on the outro of the , singing through a vocoder, mixing the beat up with a sample of another legendary Quiet Storm oldie but goodie, “Moments In Love” by Art of Noise.


TAGS:  art of noise, audio, babyface, keith sweat, lloyd, teddy riley"
Previous: rum.gold Explores His Past To Prevent An ‘aiMless’ Future Next: The Pheels & Lion Babe Work Out Their Issues On ‘Be Like That’