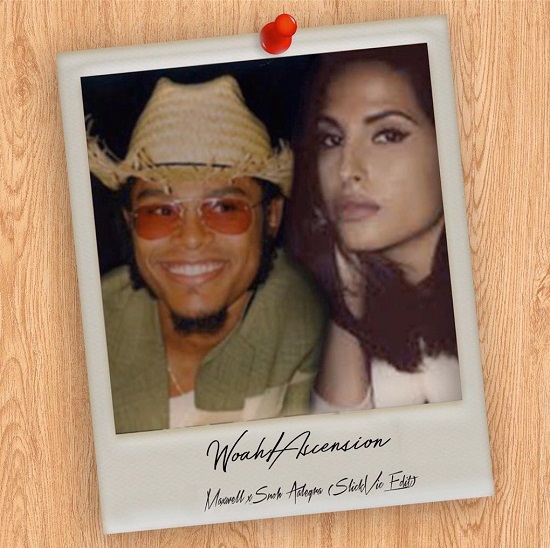 Every so often, folks will get the idea to imagine pairings of classic artists in their prime and current up-and-comers who are making a mark. They might talk about it, but some innovators are truly 'bout that life, including Bronx-based mixologist DJ SlickVic. The music maker recently dropped his To Whom It May Concern mixtape that featured a few surprises on the tracklist. Among them is an edit that fuses Maxwell and Snoh Aalegra, taking the former's timeless 1996 hit "Ascension (Don't Ever Wonder)" and blending it with the latter's current smash "Whoa," effectively creating a duet that we didn't even know we needed.

The mash-up mainly utilizes the groove from "Ascension" — including the silky-smooth bass line and the soulful guitar licks — and runs Snoh's vocal over it. It's not only surprising that it matches the rhythm so perfectly but that it also shows how well their voices and styles work together. In fact, it was so convincing that Maxwell even released his own version of the mash-up. The main difference between the two is that Max's cut makes it feel even more like a duet, with Snoh's ad-libs playing off the chorus of "Ascension" like she was in the studio with him back in 1995 (and Maxwell also gets more shine instead of being relegated to just one verse and the chorus).

After checking out both versions of this unlikely duet, our minds can't help but wonder what would happen if Maxwell and Snoh Aalegra actually booked some studio time together. You can check out SlickVic's entire To Whom It May Concern mixtape on SoundCloud and slide him a few dollars to add his "Whoa/Ascension" blend to your own collection on Bandcamp. You can also stick around to listen to both versions of the mash-up right here.