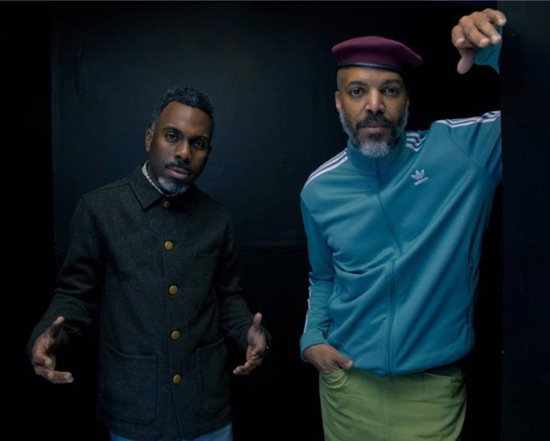 Since quietly dropping last month, drummer Nate Smith's latest EP Light And Shadow has stayed in rotation. While we love the entire five-track project, Smith's collaboration with Van Hunt on the sublime single "(If Love Won't) Can We Forgive Ourselves?" is a standout fave.

Filled with the warm sound of strings, Smith's nimble drumming and Hunt's layered vocals, "(If Love Won't) Can We Forgive Ourselves?" centers on love and the concessions we sometimes have to make to move forward in a relationship. While his past works were rooted in jazz, Smith ventures into a more soul-oriented territory, showcasing his ability to create and mold various genres into a sound that is uniquely his own. The song, along with the rest of the EP, also brings his other musical skills to the forefront as he proves that drums aren't the only instrument he has mastered as he hops on MOOG duties and handles the string arrangements.

Back in February, Smith and Hunt performed a two-show set at NYC's famed Rockwood Music Hall in which they first gave audiences a taste of the bop and making us realize that we need more collaborations between the two longtime friends. Maybe once this global pandemic is all over, the two will hop in the studio to show us what other musical goodies we could get out of the pair. In the meantime, we'll keep this ear candy on repeat while we wait for simpler times to return.