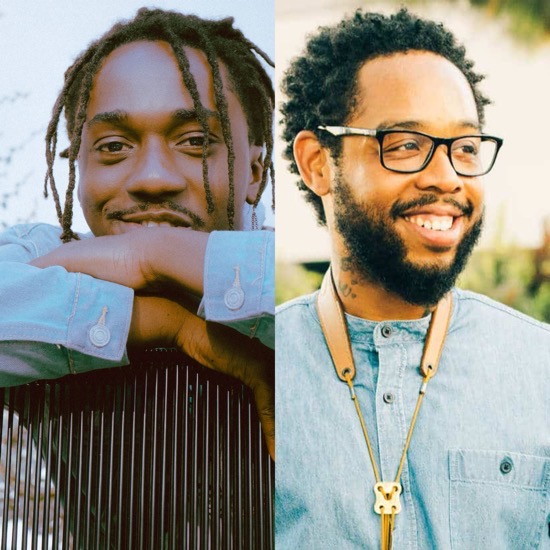 One thing that rapper Ric Wilson has been consistent about is his love for disco music and good vibes in general. He declares that love once again and invites Terrace Martin along for the ride on their new joint EP, They Call Me Disco.

The two first began working on the project back in 2019 with Martin putting on his producer's cap while Wilson handled the lyrical duties. The result is a fun, light-hearted trip away from the problems of today. They waste little time getting things rolling on the opener, "Breakin Rules." The disco-influence is woven throughout the bouncy number with Wilson and singer Corbin Dallas getting the party started. Wilson doesn't stay within the disco pocket long as he ventures into more funk-heavy territory on "Don't Kill the Wave." BJ the Chicago Kid shows up and shows out on the soulful "Chicago Bae" where we find Wilson offering to be the sometimes bae for a lucky lady visiting the Windy City.

Meanwhile, They Call Me Disco's latest single, "Move Like This" leans more on Wilson's other favorite musical genre, house music. The dance vibes are brought to life in the song's accompanying music video, which was clearly filmed back when outside was still open. Scenes of Wilson standing alone outdoors are intercut with a living room dance party, leaving little wonder as to what Wilson's ultimate goal is for listeners — to make us get up, move, and have a good time.

"Me and Terrace wanted to make something people can move to and free themselves," Wilson explains in a statement. "This record is a beautiful reminder the disco never stops. Keep smiling, keep dancing, and keep loving," Martin adds, who's been keeping mighty busy in 2020. They Call Me Disco marks his fourth EP release of the year, and he shows no signs of slowing down. And with feel-good music like this, we definitely wouldn't want him to.