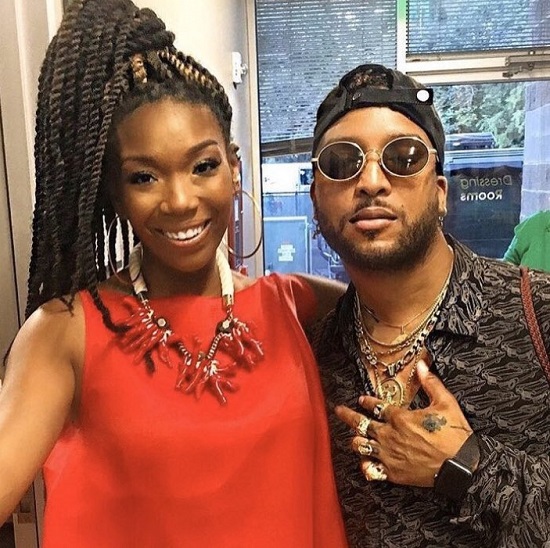 With his steady stream of singles like "Touchy Feely" and "Last Time," we suspected that Ro James had a new project stashed away somewhere. Our suspicions are confirmed as Ro recently announced that he is dropping his sophomore album Mantic this month. While doing so, he also unveiled his anticipated new single "Plan B," which happens to feature none other than Brandy.

To say that "Plan B" features Brandy is a bit of an overstatement. Yes, the Vocal Bible's vocals are featured and discernible here. But rather than an outright feature, the singer instead provides backgrounds and ad-libs on the track to round out the sound and add ghostly layers to the already gorgeous track.

Ro James, meanwhile, sits front and center among the simple musical arrangement. He sings of being ready, willing and waiting for the woman he loves to realize that he's been the one all along. "So if you can’t find someone like me / I’ll be right here baby, I’ll be right here baby / Don’t stress it, we can always go to plan B," he sings as the music and Brandy's silky vocals swirl around him. It's a lovely, lush song that bears repeated listens and a prime spot on a romantic playlist.

Ro James and Brandy make quite the pair on this track, and Mantic looks to feature other collaborators as well — including Masego and Miguel. You can pre-order the album ahead of its May 29th release date here and check out "Plan B" right now.


TAGS:  audio, brandy, Ro James
Previous: Native Dancer Takes Us On A Journey To ‘Mumbai’ Next: Chloe x Halle Are Ready To ‘Do It’ & Prep New Album ‘Ungodly Hour’