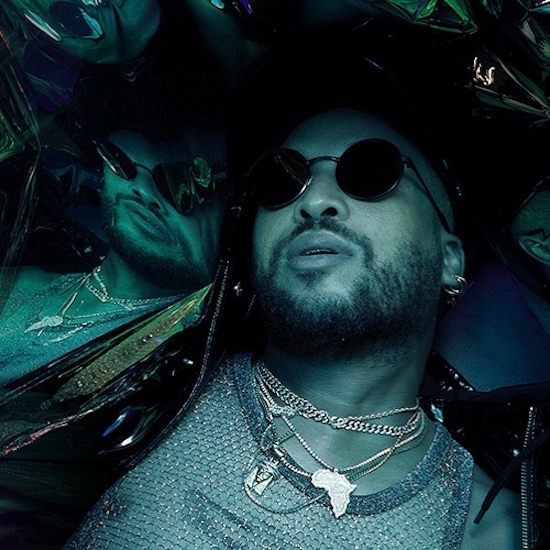 Ro James has been keeping our playlists smoking with a slew of hot and sensual tracks in anticipation of his upcoming album. But his latest single "Selfish," where he literally wants all the smoke, might just be the hottest.

“Selfish” is a Rick James-influenced ballad about Mary Jane filled with guitar, drums and synths. And, like Rick’s song, this track is less about a woman and more about his love of marijuana. Rick James couldn’t understand why Mary Jane was in love with other men, and Ro follows suit by being selfish with his bud. The lyrics switch up between the cheeky and clever to the obvious allusion. If you don’t get it from lyrics like, “Flowers burnin' up, ashes come down,” then his singing, "I got purple in my eyes / Blame it on Rick James / That I'm in love with Mary Jane,” should make it crystal clear.

“Selfish” follows up previous singles “Excuse Me,” “Last Time” and “Touchy Feely.” His upcoming album is slated to feature a variety of sounds and feelings, crossing genres to give us a little bit of hip-hop, reggae, gospel, rock and a few other things. Word on the street is that it will also have a duet with Brandy entitled “Plan B.” While we wait for that track and the rest of the album to materialize, hit play on "Selfish" and get lifted with Ro.


TAGS:  audio, brandy, rick james, Ro James
Previous: Lion Babe Launches ‘Around The World At Home Virtual World Tour’ & Admits They ‘Can’t Get Enough’ Next: Kehlani Wants To Break Up Just To Make Up On ‘F&MU’