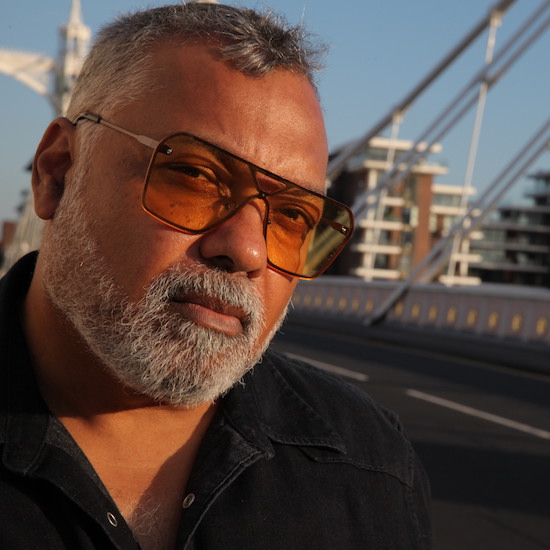 British jazz-funk pioneer Jean-Paul "Bluey" Maunick has helmed the highly-regarded and internationally-beloved band Incognito for over 40 years, but he's also found fulfillment in his solo endeavors over the years. In 2013, he took a Leap Of Faith with the release of his first solo album, and now seven years later he is on the verge of dropping his third project, Tinted Sky. He's giving us a sneak peek of the collection with the song "Had To Make You Mine," which we're debuting in a SoulBounce exclusive world premiere.

Bluey is a man on a mission on "Had To Make You Mine." He makes his intentions clear from the moment the funky bass line rolls in and groovy synths hit at the song's intro and he launches into the song with the catchy chorus. "First thing that came to mind on the day that we first met /  Without a doubt, had to make you mine / The way you smiled, the way you moved, I can't forget / Without a doubt, had to make you mine," he lovingly sings on the uptempo number. He fondly remembers the first day he met his lady and captures that heady rush of feelings on the song's intoxicating groove.

Releasing an album during these unprecedented times could be considered a leap of faith, but it was never a question for Bluey who found comfort in creating. "Writing this music against the backdrop of the Global Pandemic which we all face, I find myself thinking about coping mechanisms – of we all draw and hold on to. For me, its music," he shared with us. "My greatest weapon in this fight and my gift to help others through is my music. So here it is: listen, connect, dance and love!”

With the jam that is "Had To Make You Mine," we'd say that Bluey's mission to make us listen, connect, dance and love is already accomplished. Bluey's forthcoming third solo album Tinted Sky will be released on Shanachie Entertainment this June.