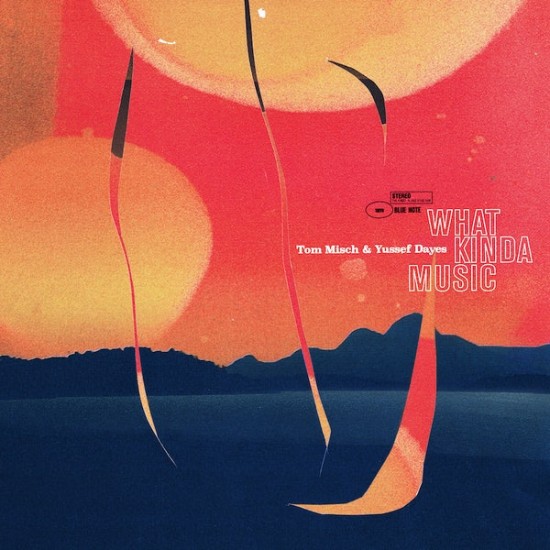 The pace of life as we know it has considerably slowed over the past couple of months, affecting everything from tax deadlines to movie premieres. But one thing that has remained constant throughout this new normal is the weekly release of fresh music. In fact, it almost seems as if the volume has increased – which is just fine by us, especially with quality content like Tom Misch & Yussef Dayes' anticipated album, What Kinda Music.

The pair began teasing the joint project back in February with the title track, and from that first listen, we knew this would be something special. Over the years, we've come to expect a polished sound from Mr. Misch – warm vocals, crisp beats and laid-back vibes with an air of refinement. Mr. Dayes, on the other hand, is a stone-cold drummer who developed a reputation as a master of improvisation on the South London jazz scene. Thus, What Kinda Music is the consummation of the yin-yang musicality of this talented British duo.

In addition to the title track, previous singles like "Lift Off" (featuring a nasty bass line from Rocco Palladino), "Kyiv" (an off-the-cuff jam session with another assist from Palladino) and "Nightrider" (a slinky groove with sticky bars from Indiana rapper Freddie Gibbs) are clear standouts. But honestly, there's no shortage of highlights throughout the 12-track collection. Some of our faves include the psychedelic "Festival," brooding "Tidal Wave," cinematic score "Sensational," easygoing stunner "The Real" and the funk-driven bop "I Did It For You."

The album closes with "Julie Mangos," a delightful track with spoken cameos by the artists' dads, Dave Dayes and Peter Misch, and "Storm Before the Calm," an incredible jazz piece enhanced by Kaidi Akinnbi's sick saxophone-playing. As if the music itself wasn't enough to captivate us, the fellas have also released a short documentary directed by Joshua Osborne to give a behind-the-scenes peek at the album's creation. Get fully immersed in What Kinda Music right now.