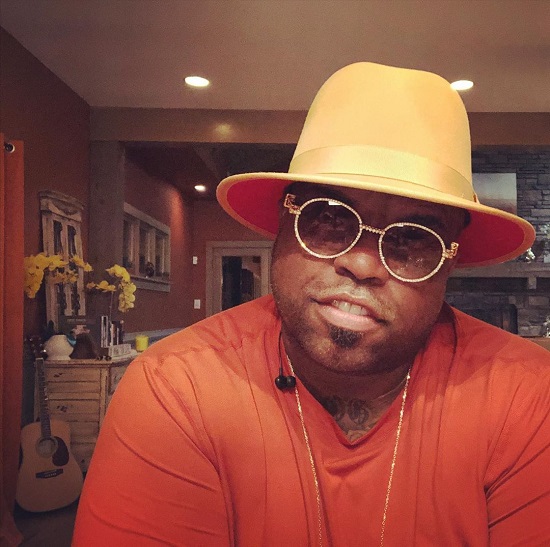 We are a little more than a week out from the release of the latest from CeeLo Green. His new album, CeeLo Green Is...Thomas Calloway, will find the industry vet visiting sounds of yesteryear and adding his own modern-day take. He's exhibited this with previous singles "Lead Me" and "Doing It All Together." The trend continues with the release of the set's newest single "People Watching."

CeeLo taps into his Southern roots for "People Watching." The song is literally about what the title suggests. He plays the nosy neighbor sitting on his porch watching the world pass him by on the song, pointing out the comings and goings of his part of the world. He also plays up his Southern heritage for the track as he evokes the sound of country music or even Southern rock acts like Lynyrd Skynyrd, accenting it all with a Southern twang. Meanwhile, the music helps play the part with equally twangy guitar floating above gospel-influenced chords while he tells his story. This might seem like a far cry from the rapper we first met as part of Goodie Mob, but something tells us this is pretty close to the self-proclaimed soul machine's heart and musical makeup, as well.

Pull up a chair, grab a cold one and listen to CeeLo Green tell his tales with the official audio for "People Watching" here and look for the CeeLo Green Is...Thomas Calloway to hit stores on June 26th.


TAGS:  audio, CeeLo Green, goodie mob, Lynyrd Skynyrd
Previous: Sheila E. Reminds Us That ‘We Can’ Make A Difference With Some Help From Lynn Mabry & Sy Smith Next: Kiana Ledé Questions Our Current Leadership With A Cover Of P!nk’s ‘Dear Mr. President’