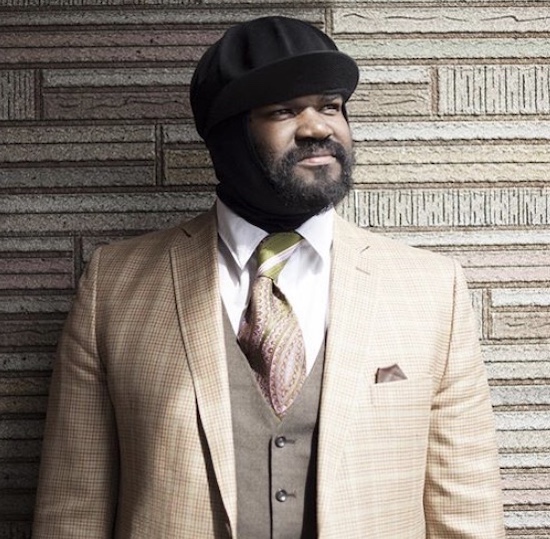 With race relations tense across the U.S., it seems that now more than ever this country needs some healing. Singer Gregory Porter attempts to bridge that gap with his latest single, "Mister Holland," from his upcoming album, All Rise.

In the song, Porter lays it all on the line in the name of love as he addresses the white father of a girl he is attracted to. Written from the viewpoint of a teenaged Porter, he thanks the father for not judging him based on his skin color. The slight ironic undertone of his lyrics suggests that the father was anything but accepting with him, which is exactly what Porter intended. "That suggests that maybe I liked a girl when I was 15 and I came to a door and somebody said, 'N*gger, if you don't get away from this house...,'" Porter explains in a statement. "That type of energy is being resurrected and made to feel okay these days. I think about things like that for my son."

As in previous songs, Porter utilizes his music to shine a light on inequality in a way that is distinctly his own while also displaying influences by legendary artists like Stevie Wonder and Marvin Gaye. "Ultimately, 'Mister Holland' is a song about equality. It's about the desire for mutual respect and the desire for a young man to be treated like an average teenager," he continues. "A song of thank you for being treated normal. The implied unspoken experience is the subtle protest of this song. Stevie and Marvin taught us how to groove with a social song, so, thank you Mister Holland."

"Mister Holland" is the fourth single released from Porter's upcoming album which is due out August 28th on Blue Note Records and is currently available for pre-order. The song follows previous releases like "Thank You," "Revival" and "If Love is Overrated." Take the song for a spin and check out the lyric video to get a good feel for Porter's brand of protest music.