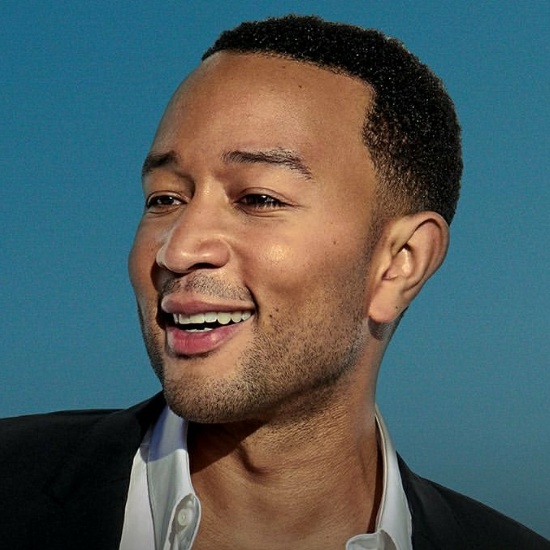 John Legend’s resume goes well beyond sitting at a piano, including winning awards across the arts, but one thing he continues to do is fight as an activist. The EGOT recently shared his seventh studio album, Bigger Love, full of positivity, light and hope for a better tomorrow. “A lot was going on, but I still felt like people need some uplifting music,” the one-time Sexiest Man Alive told Oprah Magazine. “Hopefully it can help them get through what’s been a tough spring, and hopefully this music will help them have a better summer.” One such song that's helping his fans to pull through is the album closer "Never Break," which he's released a lyric video for and performed on this year's BET Awards 20.

On “Never Break” John shares with the woman in his world that their love is unshakeable. When your love is built on a solid foundation of rock instead of sand, you will never break and be able to face the unknown. This is also a metaphor for the strength of Black people, who have endured for generations. “I wrote this song with Mr Hudson, Nasri and Greg Wells back in early 2019, and who knew how meaningful it would be now, during the pandemic and protests and all these things?" he shared with Apple Music. "It’s an ode to love and hope and resilience, and the power of the human spirit, and I felt like it was the perfect way to close the album.”

The lyric video for “Never Break” takes us on a nostalgic journey into Black life, sharing intimate footage of African-Americans happy and celebrating life over the years. The visual isn’t all happy images and kumbaya, however. There are moments of protest peppered throughout, and we even get video of teen ballerinas Ava Holloway and Kennedy George dancing in front of a desecrated statue of Confederate General Robert E. Lee in Richmond, Virginia filmed earlier this month. These images highlight the fact that while we face struggle, we will not only survive but thrive. It serves as a welcome respite from the ever-present troubles of our quest for equality.

In addition to releasing a lyric video for the timely single, Legend performed "Never Break" on Sunday's BET Awards 2020. The crooner was one of the many performers to deliver a slick, music video-style performance during the production that has since been widely heralded as the best BET Awards ever. After this impressive showing, John might want to just go ahead and release his appearance on the BET Awards as the song's official music video.