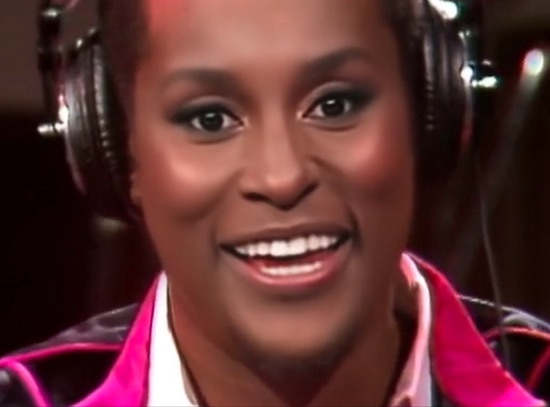 Remember when someone recently superimposed Steve Harvey’s face onto Megan Thee Stallion’s body in a hilarious spoof of her NPR Tiny Desk Concert and dubbed it “Big Ol’ Teeth”? Well, the "someone" behind that video, known online as the mysterious Myster Giraffe, is back with another deep fake. This time, Myster Giraffe has taken the face of Issa Rae and cut and pasted it onto Luther Vandross’s body in his music video for “Never Too Much” to create Issa Vandross.

Yes, let that sink in.

The one-minute clip is hilariously disturbing as Issa Vandross sings and smiles brightly to Luther's 1981 classic. Interspersed throughout the video are scenes from Insecure's tumultuous season four. As we bid adieu to the show that we can never get too much of, we’ll remember the good times, the bad times and Kelly’s fake British accent with warm memories. And now we’ll never get the image of Issa Vandross out of our heads.