Shaun Escoffery Refuses To Be A ‘Forgotten Man’ 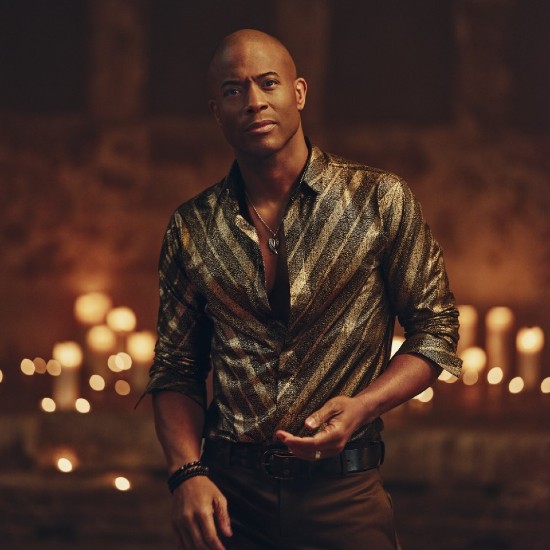 As he prepares for the release of his new album, British singer/actor Shaun Escoffery returns with "Forgotten Man," the third single from the upcoming project. Following the tracks "River" and "Candle," which dropped earlier this year, he continues his exploration of raw emotion and expression. On “Forgotten Man,” he sings of determination despite the struggle over a thunderous track, matching his voice in intensity. His tone is as purposeful as the percussion as he declares, “I’m not gonna be a forgotten man / I’m living my life with a masterplan / I’m holding a vision and it’s in my hands / I’m not gonna be a forgotten man.”

In addition to being a brilliant display of the power behind Shaun’s voice, this latest release is yet another exciting exhibition of his range. Though it’s all deeply rooted in soul, fans can look forward to touches of folk, a bit of blues and some rock on the new album. In terms of subject matter, he hopes to challenge stereotypes of what it means to be masculine by showcasing both strength and sensitivity in his music. He says, “As I have got older and matured as a performer, the internal battle of wanting to express myself through words and music contrasted with not wanting to come across as ‘weak’ has lessened. Men don’t tend to put our feelings down on paper, but I’m writing using my real feelings and real emotions. By opening ourselves up to show that vulnerability, that’s where we demonstrate our real strength.”

Give Shaun Escoffery’s “Forgotten Man” a spin below, and be sure to check out his thrilling live performance of the track on Instagram. His album Strong Enough drops July 3rd on Decca Records.


TAGS:  audio, shaun escoffery
Previous: H.E.R. & Affion Crockett Give Voice To Our Feelings In ‘I’m Not OK’ Next: Keke Palmer Flaunts All Her Assets In ‘Thick’