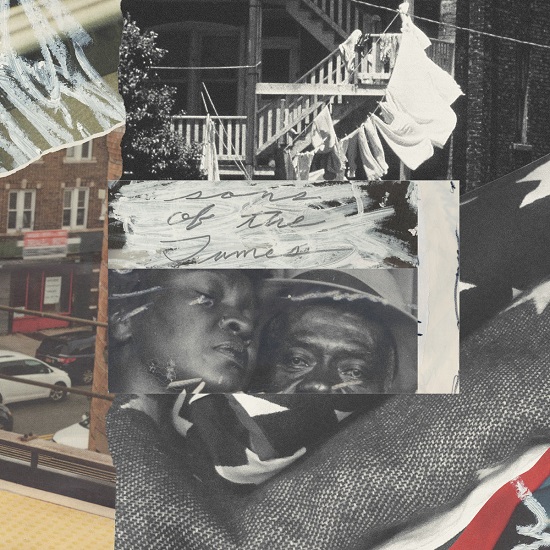 Richmond, Virginia isn't necessarily known as a musical hotspot, but perhaps it should be. It's the hometown of some of the greats, including guitar legend Wah Wah Watson and soul singer D'Angelo. It's also the birthplace of singer-songwriter (and SoulBounce fam) Rob Milton and producer DJ Harrison. Back in 2015, the two fused their musical powers to form the duo Sons Of The James and now the fruits of that labor is finally seeing the light of day with their recently released double single "Happy/Things I Should Have Said."

Their soulful sounds are definitely influenced by those that came before them. "Happy" is a prime example of this. With its catchy guitar riff and funky drums, the fellas seem to capture the sound of fellow native son D'Angelo. Like him, they mix the secular and the sacred, borrowing gospel techniques like call-and-response and the layered vocals of modern-day soul to create a fun ditty that'll put a smile on your face.

"Things I Should Have Said" is more forward-leaning in its approach. A tall wave of piano and percussion gently crests and then crashes, effectively causing the song's dynamic sound to wash over the listener. It's fitting for a song that discusses the sudden remembrance of all the loving things someone should've said throughout the course of a relationship. The two don't just give the male perspective of things, however, as they invite singer Georgia Anne Muldrow along to give the womanly side of things. It's a damn fine track, but you don't have to take our word for it as it impressed Issa Rae so much that it was recently included in an episode of Insecure.

You can stream the double single right here to your heart's content. However, we strongly encourage that you buy it. Not only will you be supporting the homie's latest stellar effort, but also because their label, Fresh Selects, will be matching all income from the single's Bandcamp sales and donating it to various bail fund charities and organizations dedicated to defunding police as part of its support of the Black Lives Matter movement.